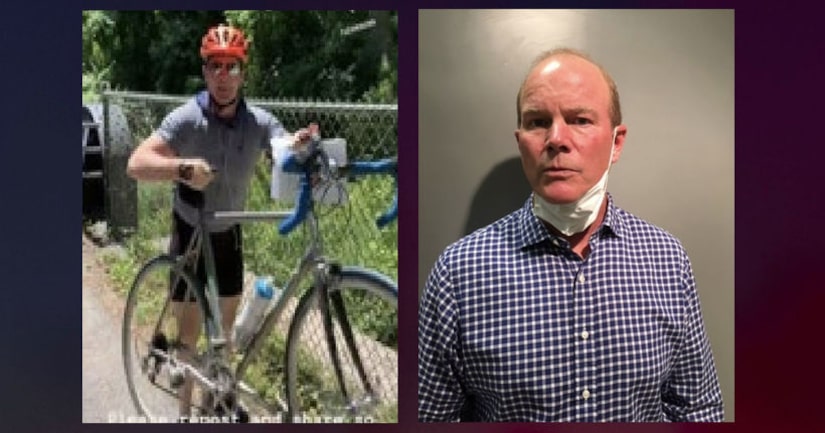 On Monday, June 1, the three teens -- ages 18, 19, and 19 -- were placing Black Lives Matter fliers along the popular bike path that runs from Downtown Bethesda to Georgetown. A middle-aged bicyclist aggressively confronted the teens, allegedly physically handling one of them, and threatening another with his bicycle. The incident was captured on cellphone video by one of the teens.

Friday, authorities identified the bicyclist as Anthony Brennan III, 60, of Kensington, Maryland. Authorities said they received "hundreds" of tips. Brennan voluntarily turned himself in at the Montgomery County Detention Center in Rockville on three misdemeanor counts of second-degree assault.

WTOP reports Brennan released a statement through his lawyers: “I am sick with remorse for the pain and fear I caused the victims on the trail, and online.”

Brennan said he was on his way to see a priest and a lawyer when he first learned he was a suspect in the assault.

KNTV reports Brennan has been fired from a Pleasanton, California-based company.

The company released a statement saying they have "zero tolerance for this behavior," and took the "immediate and decisive action" of firing Brennan.