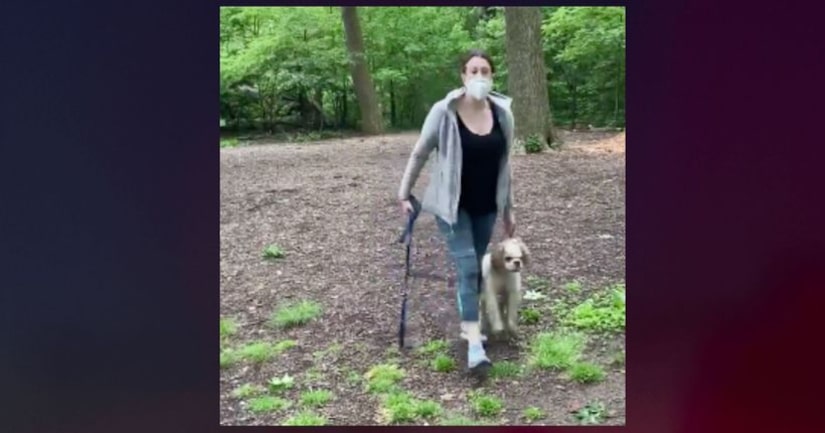 NEW YORK CITY (WPIX) -- A video going viral on social media appears to show a heated conversation that turns into an apparent racist, verbal attack on a man in Central Park.

The video shows a woman with her dog several feet away from the camera, allegedly calling the cops because an "African American man" was "threatening [her] life."

In the video, the woman is seen with her off-leash dog in the Ramble at Central Park. Dogs must be leashed in that area of the park.

As she walked toward the man, she asks him to stop recording. He asks her not to approach him.

That's when she says she is calling police, and says "I'm going to tell them there's an African American man threatening my life." She repeats the phrase a few times, seeming more distressed each time.

Cooper is not heard making any threats on video.

Police responded to the park after the 8:10 a.m. call, officials said.

"Upon arrival, police determined two individuals had engaged in a verbal dispute," an NYPD spokesperson said. "There were no arrests or summonses issued and both parties went on their way."

The video was posted Monday and was said to be taken Monday morning.