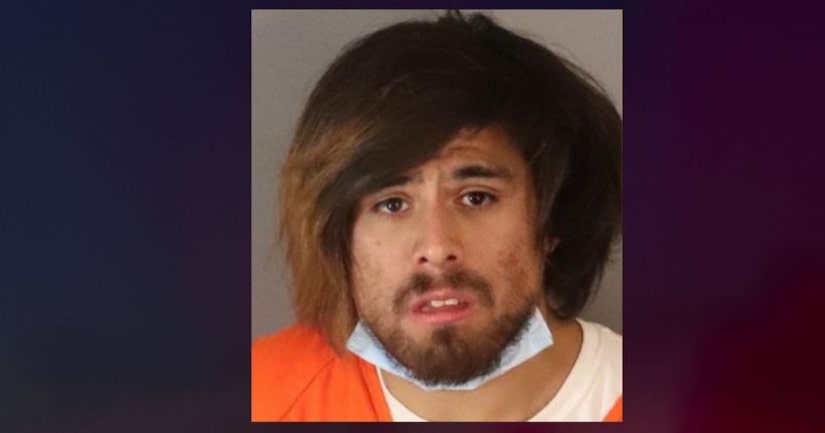 RIVERSIDE, Calif. (KTLA) -- A man recently released from jail is back in custody after he tried to sell stolen goods back to the owner of the store he took them from in Riverside Wednesday morning, investigators said.

Around 10 a.m., a business owner reported several hundred dollars' worth of camera equipment was stolen from his shop downtown, on the 4300 block of Market Street, Riverside police said in a news release.

The shop owner had been walking in the neighborhood when a man approached him, trying to sell him the equipment. That man was later identified as 25-year-old Indio resident Johnny Angel Robles, according to police.

The owner recognized the equipment and went back to his store, which he found had been broken into. He then called police and tried to detain Robles, officials said.

When officers arrived, they say Robles fled and had to be chased down. He was eventually cornered into a fence and detained.

Robles is currently on probation for violence against the police and other violations related to theft, drugs and resisting arrest, according to police.

He was released from jail “the other day” due to California's zero-bail order during the coronavirus crisis, the news release states. Officials did not say what he was arrested on suspicion of that time.