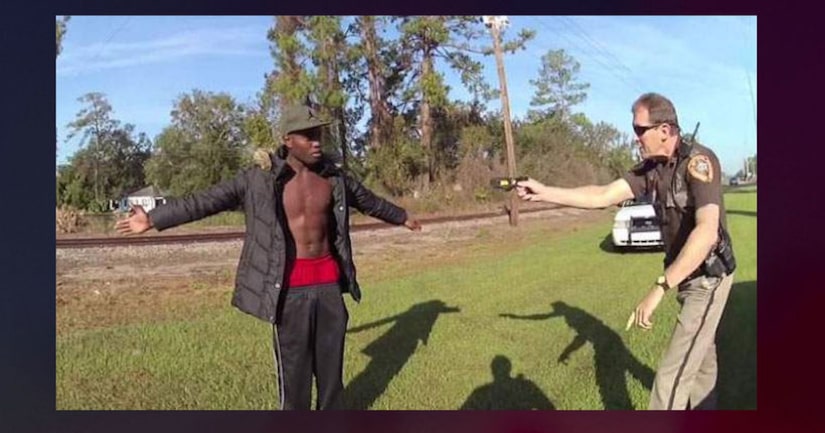 BRUNSWICK, Ga. (WJXT) -- A video released Monday shows police in Georgia attempting to search Ahmaud Arbery's parked car in 2017 and when he refuses and attempts to walk back to the vehicle, an officer tried to tase him.

Arbery was shot and killed with a shotgun on Feb. 23 while running through the Satilla Shores neighborhood in Georgia, allegedly by 34-year-old Travis McMichael. He and his father armed themselves and gave chase after seeing the 25-year-old black man running in their subdivision. More than two months passed before Travis McMichael and Gregory McMichael, 64, were jailed on charges of felony murder and aggravated assault.

The video, first obtained by The Guardian, shows Arbery refusing Glynn County police when they ask to search his Toyota and as he walks toward his vehicle he is told “don't reach the car” and “keep your hands out your pockets.” The officer then pulls the Taser and attempts to use it but it malfunctions and Arbery is told to get down on the ground, which he does.

In a police report, also obtained by The Guardian, officers said Arbery, who was parked when confronted by officers, was free to go but could not take his vehicle because his license was suspended. The report said that after he left the scene they noticed Arbery's passenger side window was open and that they smelled what they believed to be marijuana and noticed a bag with a leafy substance inside.