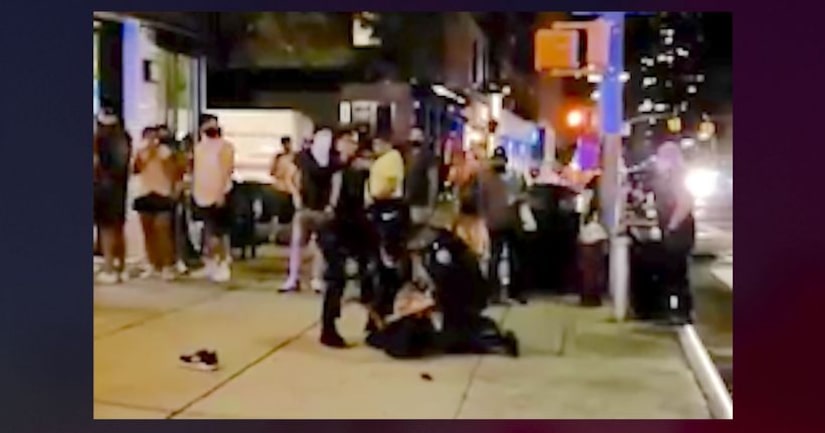 NEW YORK CITY (WPIX) -- As New Yorkers enjoyed the warm weather over the weekend, crowds gathered outside restaurants and bars.

On Saturday, officers on patrol encountered a man causing a disturbance outside the Mexicoma restaurant on the Upper East Side around 11:15 p.m.

When police asked him for identification, the man refused and became combative, according to police.

Officers attempted to restrain him and he resisted arrest, authorities said. He was issued a summons for having an open container of alcohol.