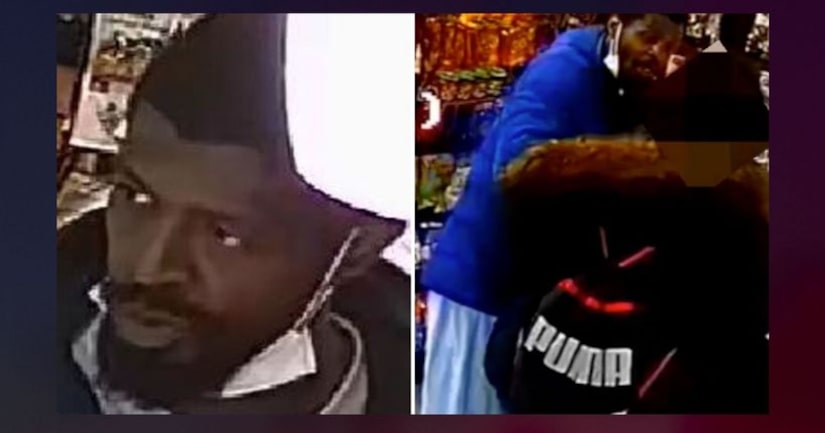 NEW YORK CITY (WPIX) -- Cops are looking for a man they say stole hundreds in cash right out of a woman's pocket in a Manhattan deli Friday after he asked her for change and she refused.

According to police, the woman was inside City Gourmet Market on the corner of Eighth Avenue and West 27th Street around 4 p.m. when she was approached by an unknown man who asked her for money.

The 28-year-old woman refused and the man then forcibly removed $300 from her jacket pocket and fled in an unknown direction, authorities said.

The NYPD has released the above surveillance images of the man they are looking for.