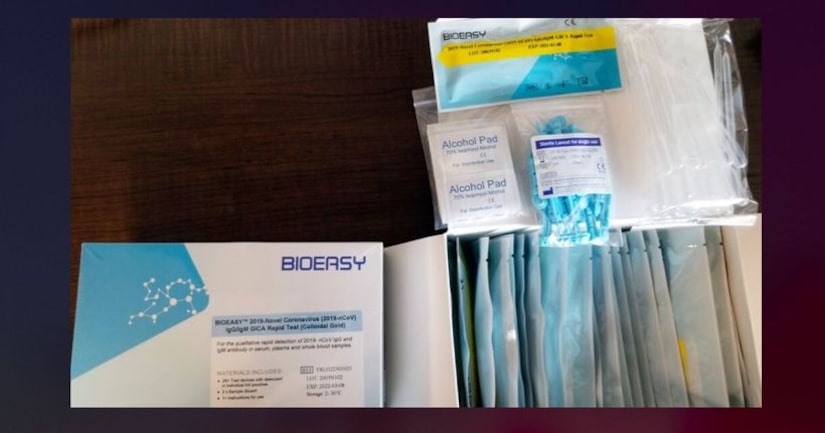 LOS ANGELES (KTLA) -- A 39-year-old former investment manager in Georgia was already facing federal charges that he robbed hundreds of retirees of their savings through a Ponzi scheme when the rapid spread of COVID-19 presented an opportunity.

Christopher A. Parris started pitching himself as a broker of surgical masks amid the nationwide scramble for protective equipment in those first desperate weeks of the outbreak, federal authorities said. Within weeks, Parris was making millions of dollars on sales orders.

Except there were no masks.

Law enforcement officials say Parris is part of what they are calling a wave of fraud tied to the outbreak.

Homeland Security Investigations, an arm of the Department of Homeland Security, is leading a nationwide crackdown. It has opened over 370 cases and so far arrested 11 people, as part of “Operation Stolen Promise,” according to Matthew Albence, acting director of U.S. Immigration and Customs Enforcement.

“It's incredibly rampant and it's growing by the day,” Albence said. “We're just scratching the surface of this criminal activity. ”

Parris was on pretrial release for the alleged Ponzi scheme when he was arrested last month in what federal authorities say was an attempt to secure an order for more than $750 million from the Department of Veterans Affairs for 125 million face masks and other equipment.