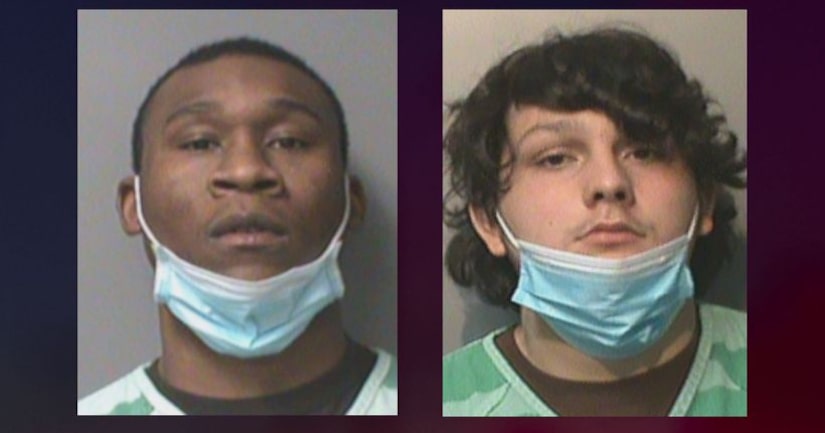 DES MOINES, Iowa (WHO) -- Two Des Moines men are facing attempted murder charges in connection with a shooting that happened Sunday afternoon in the Drake neighborhood.

The shooting happened near 31st Street and Clark Street at 4:58 p.m. A police officer in the area heard gunshots and witnessed a vehicle speed away from the scene. The officer chased the vehicle and was able to stop it in the 1600 block of Forest Avenue.

A news release from the Des Moines Police Department says there were four occupants in the vehicle and one, 18-year-old Braden Schaffer, was suffering from a gunshot wound to the head. He was transported to the hospital and was in critical condition before undergoing surgery. He remains hospitalized and his current condition is unknown.

Police say the evidence in the case indicates the occupants of the vehicle exchanged gunfire with a pedestrian in the 3000 block of Clark Street.

The other three people inside the vehicle have now been charged in connection with the case. Eighteen-year-old Austin Mallory and 21-year-old Raekwon Patton are charged with attempted murder and conspiracy to commit a felony. Patton is also charged with going armed with intent and felon in possession of a firearm.

Twenty-four-year-old Tayronce Denton is charged with possession of a controlled substance and also had an outstanding parole violation warrant.

MORE: Attempted murder arrests made in connection with Drake neighborhood shooting - WHO