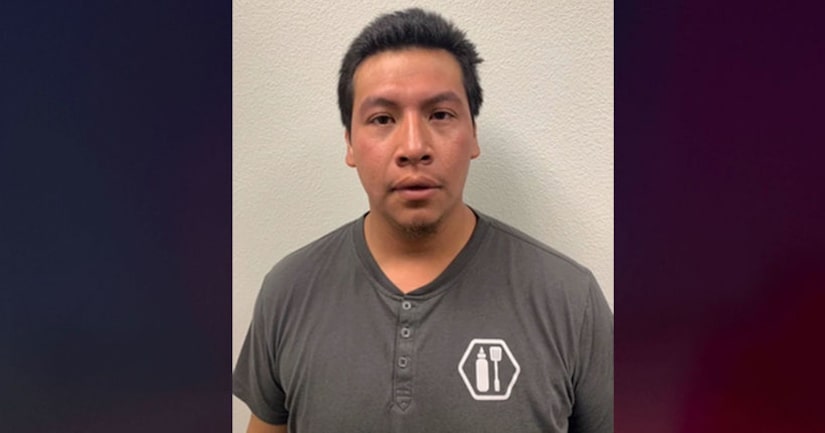 TUSTIN, Calif. (KTLA) -- A Santa Ana man was arrested after he allegedly beat and sexually assaulted a 75-year-old woman before stealing her car in Tustin, police announced Monday.

The alleged crime occurred on April 30. The victim was found in bushes in a parking lot at 600 W. Sixth St. about 14 hours later the following day. She had “extensive facial injuries” and was partially nude, Tustin Police Department officials said. The victim was hospitalized in critical condition.

An investigation revealed that the suspect, identified as Fernando Valdovinos, allegedly hit the victim in the face multiple times and sexually assaulted her, police said. Valdovinos and a 16-year-old girl he was with then allegedly drove off in the victim's car. No further details were immediately available.

About 2:40 p.m. May 2, police spotted the victim's vehicle and stopped the vehicle. Valdovinos and the teen were taken into custody. The teen was booked into Orange County Juvenile Hall on suspicion of carjacking and conspiracy. Police said she did not take part in the “vicious assault,” but is on probation for robbery.

Valdovinos, 24, was booked into jail on suspicion of attempted murder, attempted rape, carjacking, elder abuse and other “sexually related crimes,” police said. He was also on probation for auto theft.