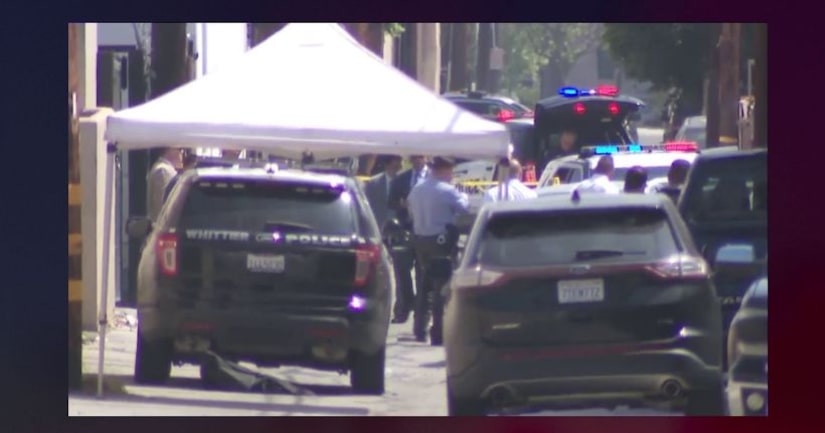 WHITTIER, Calif. (KTLA) -- Police shot and wounded a robbery suspect who they say rammed an officer's car during an attempt to take him into custody in Whittier on Thursday.

The shooting took place shortly after 11:30 a.m. in an alley behind the 7700 block of Comstock Avenue, according to Whittier Police Department and Los County Sheriff's Department officials.

Officers had been looking for a suspect wanted in connection with a robbery case when they spotted his vehicle in the alley and approached, Lt. Hugo Reynaga of the Los Angeles County Sheriff's Department Homicide Bureau said.

The suspect put the vehicle into reverse and accelerated, officials said.

“The suspect in the vehicle rammed one of the officer's vehicles,” the lieutenant said. “At that time, an officer involved shooting occurred.”

Reynaga said the suspect got out of the car and ran.

“'A short foot pursuit ensued, where officers again were involved in an officer-involved shooting, at which time they took the suspect into custody.”

The suspect was taken to a hospital in “fair” condition, according to Deputy Eric Ortiz of the Sheriff's Information Bureau. No officers were hurt.

No weapon was found at the scene, Reynaga said.