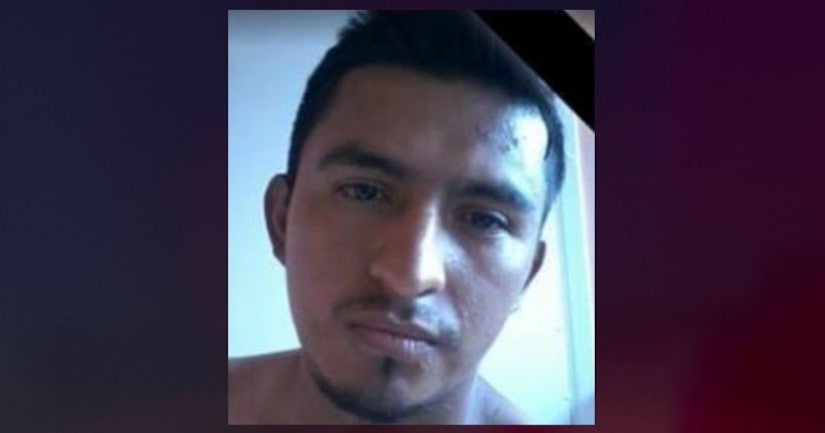 RIVERSIDE, Calif. (KTLA) -- A man who was wanted in connection with the attempted kidnapping of a teenage girl in Riverside in 2019 was found dead in a Guatemalan jail cell, police announced Wednesday.

Henry “Oscar” Mazariegos-Gonzalez, 29, of Riverside, was identified by Riverside Police detectives after the attempted kidnapping on Aug. 6, 2019, and was believed to have fled the country shortly after.

Mazariegos-Gonzalez was arrested by Guatemalan authorities on April 19 on suspicion of kidnapping and sexually assaulting two girls, ages 5 and 12. He was also a suspect in the kidnapping of a 9-year-old boy.

Police said those crimes occurred recently in Santa Lucia Cotzumalguapa, in the Guatemalan state of Escuintla. Officials had earlier given an incorrect spelling of the city's name.

Mazariegos-Gonzalez was found dead in his Guatemalan jail cell on Tuesday, police said.

“It's unfortunate this suspect was able to victimize other children before he was brought to justice,” Riverside Police Chief Larry Gonzalez said in a news release. “But we are glad he will never be able to again.”

The attempted kidnapping in Riverside was reported on Aug. 6, 2019, between 8:00 a.m. and 8:30 a.m., in the 6200 block of Rutland Avenue. Police said a teenage girl was walking on the sidewalk when a man approached her from a parked vehicle.

“Moments later, the suspect grabbed the victim and attempted to force her into his vehicle, then struck her with a hammer,” Riverside Police Officer Ryan Railsback said. “She was able to fight off the suspect and run away.”