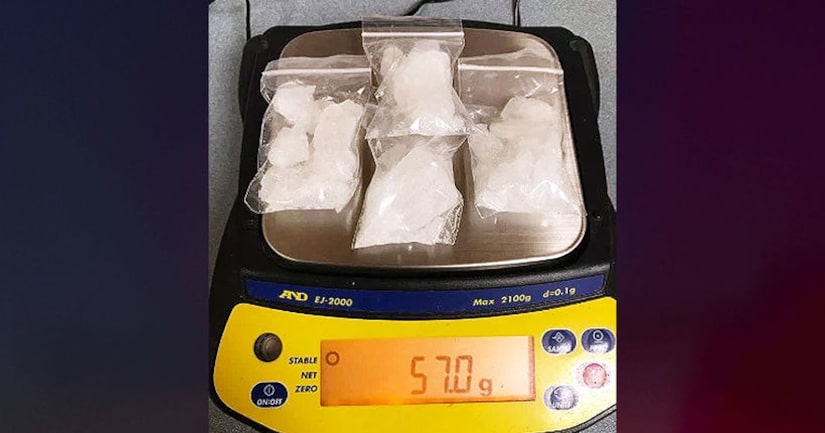 An investigation revealed he had warrants for his arrest, and 57 grams of meth with him. The drugs have an estimated street value of approximately $6,800, according to officials.