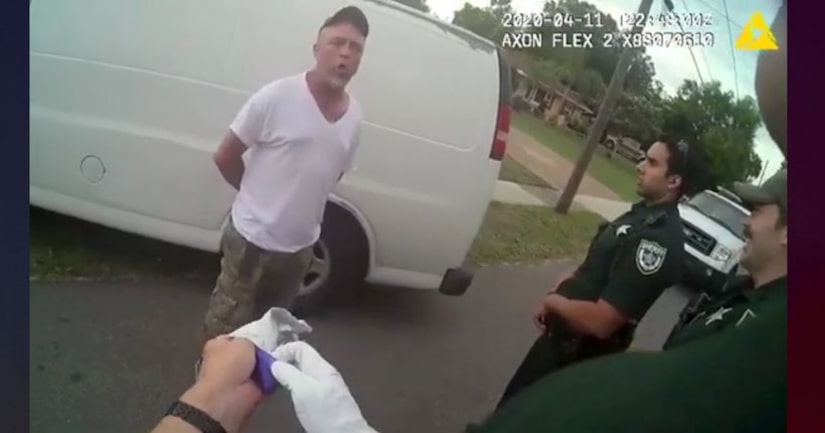 DELAND, Fla. (WITI) -- A Florida man arrested in connection with a violent incident with his mother intentionally coughed, blew air and spit at the arresting deputy and “promised to bash his head with a hammer,” officials with the Volusia County Sheriff's Office said Sunday.

Brent Smith, 45, came home intoxicated Saturday evening to the home he shares with his mother on Leon Avenue in DeLand, and an argument ensued, and Smith shoved his mother before grabbing a butter knife and screaming at her, saying, “I will kill you,” sheriff's officials said.

When Smith's mother tried calling for help, sheriff's officials said Smith grabbed her phone from her hand. He was still holding it when deputies arrived.

As he was being arrested, sheriff's officials said he began arguing with deputies, “coughing at them,” and making threats including “bashing your [expletive] brains in.”

While in the back of a deputy's vehicle, sheriff's officials said, Smith told a deputy, “I hope you die. I hope you catch corona. I hope the coronavirus, I hope it latches onto you,” before coughing and blowing air at the deputy.