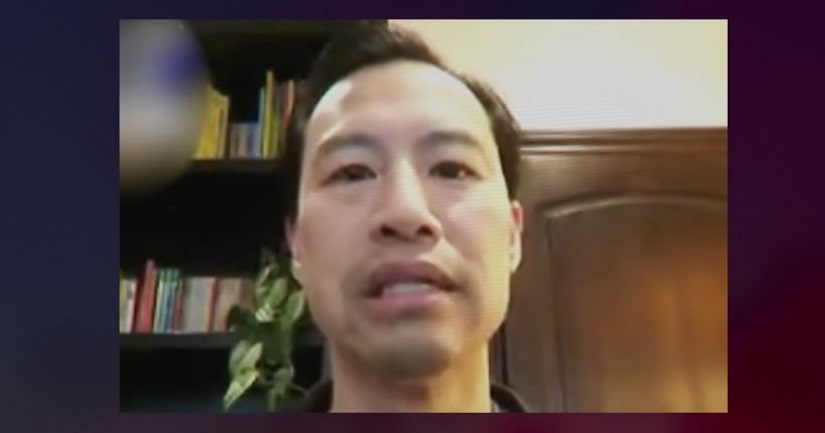 While his symptoms were relatively mild, his main concern was whether his wife and children were also infected.

“Not knowing whether they may end up coming down with symptoms or not was probably the hardest part,” Lew said.

As the 50-year-old oral surgeon recovered at his Los Feliz home in self isolation, his wife Astrid, 37, worried that she, too, might have the virus. But thankfully her results came back negative.

“There were so many scenarios that went through my head constantly,” she said. “If the kids would get sick… what would happen if I got sick? It was a daily struggle with waking up and thinking what's going to happen today.”

This isn't the first time the family has dealt with a life-threatening situation. Less than two years ago, on July 21, 2018, Lew found himself in the middle of a gun battle, when a man barricaded himself inside a Trader Joe's in Silver Lake.

“I was within probably 30 or 40 feet of the shooter when he first came to the door…. when it all went down,” he said.

Lew hid in the freezer with other customers and employees, as he tried to get in touch with his wife.

“Because of freezer walls, I wasn't really able to call her or text her… so I sent her an email that didn't get to her until after I was home with her,” Lew said.