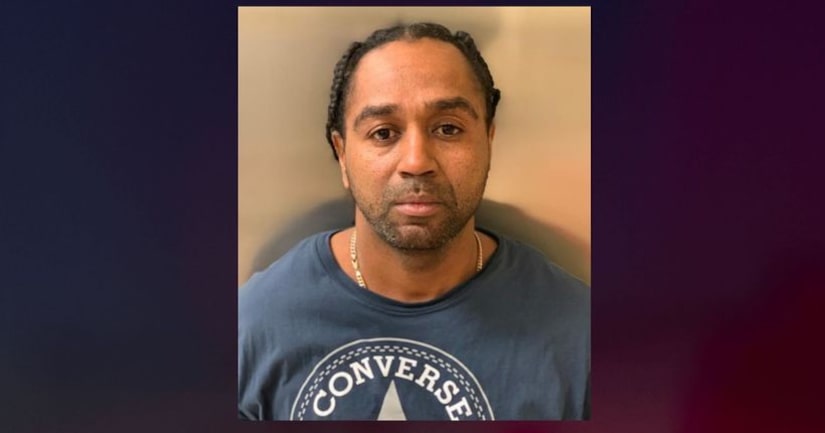 RIALTO, Calif. (KTLA) -- An ex-convict already out on bail for allegedly threatening a Riverside high school and weapons violations is now accused of kidnapping and robbing his ex-girlfriend in Rialto, then using her cellphone to post explicit images of the woman on her own social media sites and making death threats to her 7-year-old child earlier this week, officials said Sunday.

Maurice Dion Gamble, 38, of Riverside was arrested Sunday morning on suspicion of kidnapping, robbery, assault with a deadly weapon, false imprisonment, making criminal threats and committing a crime while out on bail in a previous case, according to the Rialto Police Department.

His most recent arrest stems from a series of crimes that police say unfolded between April 2 and April 4. The string of alleged felonies began when he showed up at the home of a woman he had previously dated, forced her into his vehicle, robbed her, then drove her back home.

“Officers recovered the victim's cellphone, multiple replica semiautomatic handguns, an AR-15 assault rifle and rounds of ammunition,” during a search warrant executed at the suspect's Riverside residence, according to police.

MORE DETAILS: Ex-con out on bail in high school threat, weapons case now accused of kidnapping, other crimes against ex-girlfriend in Rialto - KTLA