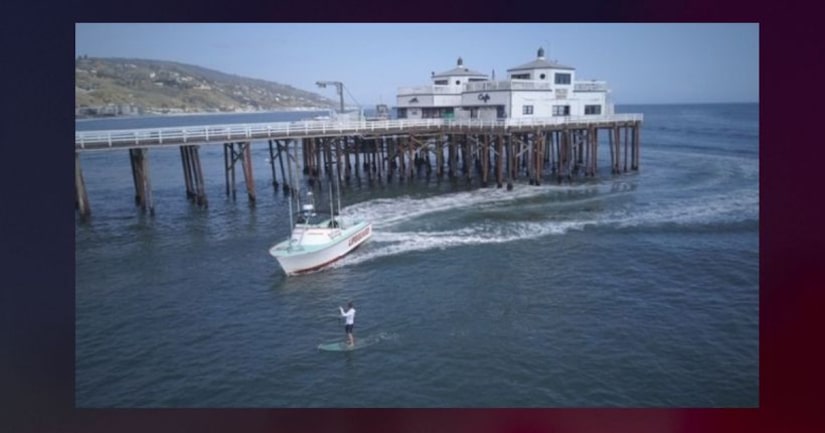 MALIBU, Calif. (KTLA) -- A paddleboarder was arrested in Malibu Thursday after ignoring lifeguards' orders to get out of the ocean amid social distancing rules, authorities said.

The lifeguards flagged down deputies for assistance, but the man ultimately chose to stay in the water alongside the Malibu Pier for about 30 to 40 minutes, Los Angeles County Sheriff's officials said in a Facebook post. Deputies summoned their patrol boat from Marina Del Rey, and the man swam to shore once it arrived, officials said.

He was subsequently arrested on suspicion of disobeying a lifeguard and violating Gov. Gavin Newsom's stay-at-home order, a misdemeanor.

Officials did not identify the man. He could face a $1,000 fine, up to six months in jail, or both.