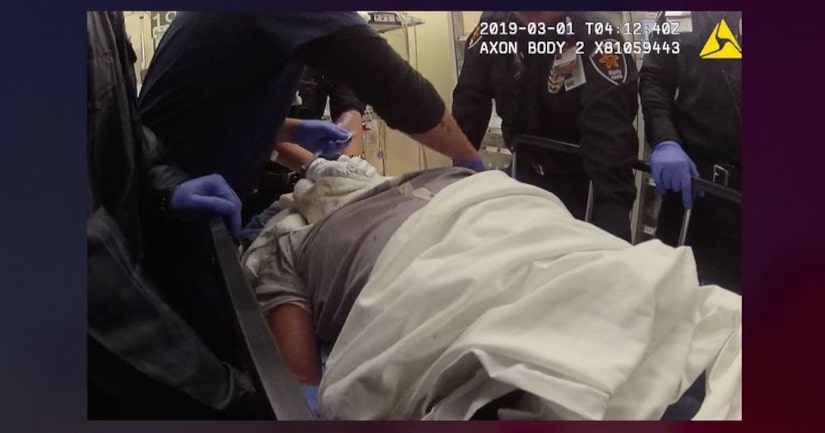 LOS ANGELES (KTLA) -- A legally blind man is suing the Los Angeles Police Department, alleging an officer suffocated him while he was strapped to a hospital gurney last year.

LAPD officers are accused of beating the man after responding to his apartment in the South Los Angeles neighborhood of Manchester Square, according to the lawsuit filed Wednesday in U.S. District Court for the Central District of California.

The city of Los Angeles and eight officers are named as defendants.

According to the lawsuit, the officer held his hand over 63-year-old Michael Moore's mouth until he lost consciousness at a hospital in downtown L.A. The suit also alleges LAPD falsely claimed Moore resisted arrest and threatened firefighters and an officer.

A jury acquitted him of all charges but not before he spent 139 days in jail awaiting trial — he was unable to afford bail, court filings state.

On Feb. 28, 2019, officers arrived at Moore's home after he got into an altercation with a woman who had been using his kitchen, court filings state. They argued about her cleaning the kitchen before she allegedly struck Moore in the face and shoved him, causing him to fall down a flight of stairs.