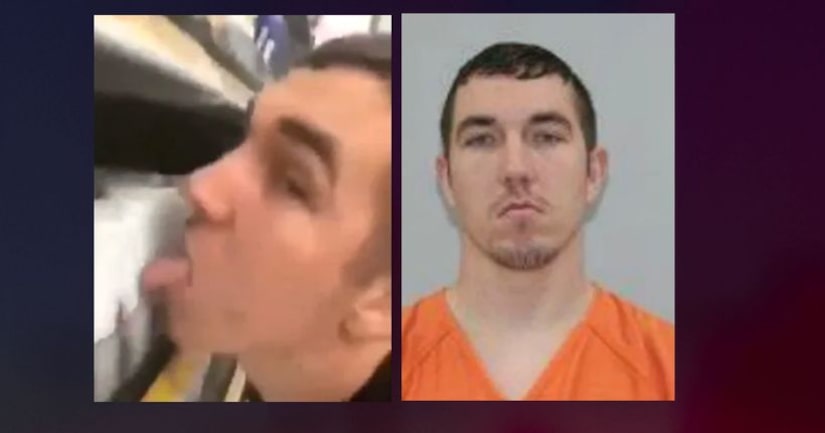 WARRENTON, Mo. (KTVI) -- A Missouri man accused of tampering with merchandise at a local Walmart as part of a coronavirus prank video has been charged with making a terrorist threat.

The video showed 26-year-old Cody Lee Pfister, of Warrenton, asking, “Who's scared of coronavirus?” before licking a row of deodorant sticks, according to the St. Louis Post-Dispatch.

Pfister has been charged by the Warren County Prosecuting Attorney's Office with a terrorist threat in the second degree.

According to court documents, on March 11 Pfister allegedly “knowingly caused a false belief or fear that a condition involving danger to life existed,” and acted “with reckless disregard of the risk causing the evacuation, quarantine or closure of any portion” of the Walmart store.