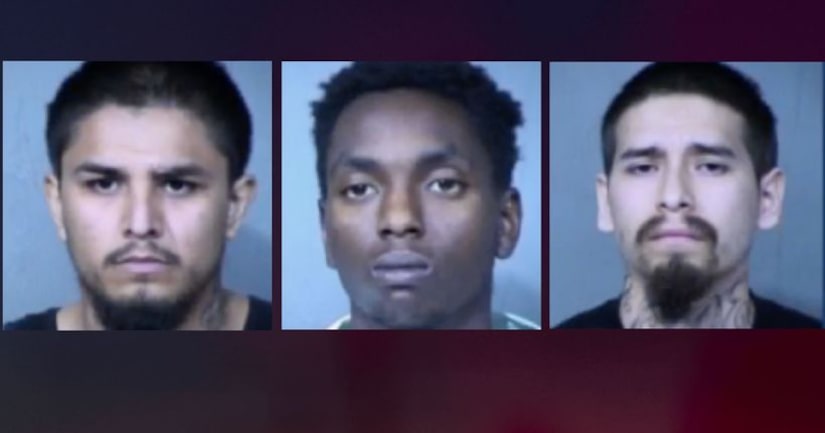 PHOENIX, Ariz. (KNXV) -- Phoenix police have arrested three men in their 20's in connection with an assault on a 60-year-old man in November 2019.

According to police, at around 4:30 a.m. near 15th Avenue and Buckeye Road, the men punched, kicked and stomped on the 60-year-old until he lost consciousness.

The violent attack was captured on a nearby surveillance camera. The men are shown surrounding the defenseless man and kicking him multiple times in the head.

He was transported with life-threatening injuries and is currently in a long term recovery facility.