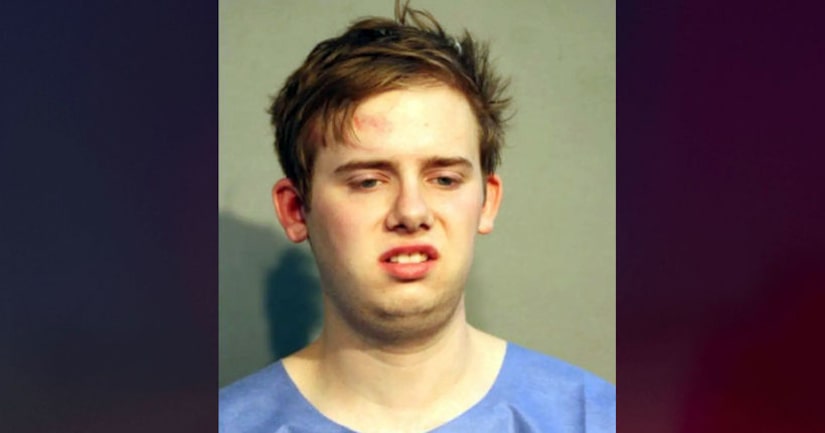 CHICAGO (WGN) -- A 21-year-old Wilmette man was arrested Sunday after police said he coughed in the faces of Chicago Police officers while claiming he had COVID-19, the disease caused by the novel coronavirus.

Just before 8 a.m., police were dispatched to the 7400 block of North Wolcott Avenue on a report of a disturbance at a traffic accident.

Police said Anthony Ponzi, 21, was slurring his speech, yelling and was foaming at the mouth at the scene. As officers attempted to speak with Ponzi, police said he coughed and spit in the officers' faces while claiming he had COVID-19.

Ponzi was placed into custody and was transported to St. Francis, where he reportedly told hospital staff he did not have the virus.

Ponzi was charged with two counts of aggravated battery against a police officer, two counts of resisting arrest, battery, driving under the influence of alcohol and drugs and driving with an expired license.

MORE: Man arrested after allegedly coughing in faces of CPD officers, claiming he had COVID-19 - WGN