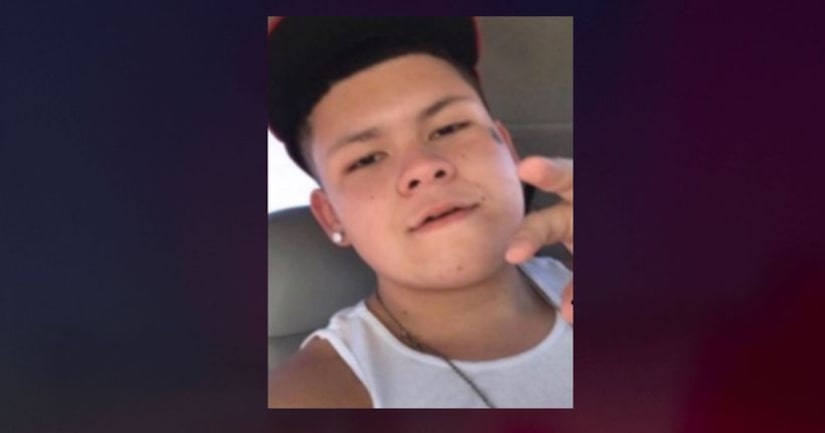 LOS ANGELES (KTLA) -- Investigators asked the public's help Sunday in tracking down a man who they say shot and wounded a woman while robbing her in the driveway of her Stevenson Ranch home over the weekend.

“During the commission of the robbery, the suspect fired a shot, striking the victim,” sheriff's officials said in a written statement.

Hernandez was last seen running away. He's described as Latino, 5 feet 11 inches tall, about 250 pounds, with black hair, brown eyes and a tattoo on his face. Detectives released a photograph of the suspect in which his image was inverted.

Anyone who spots Hernandez was urged to call 911 immediately. Anyone with information can reach Detective Markman of the Sheriff's Lancaster Station at 661-948-8466. Tips may also be submitted anonymously to L.A. Regional Crime Stoppers at 800-222-8477.