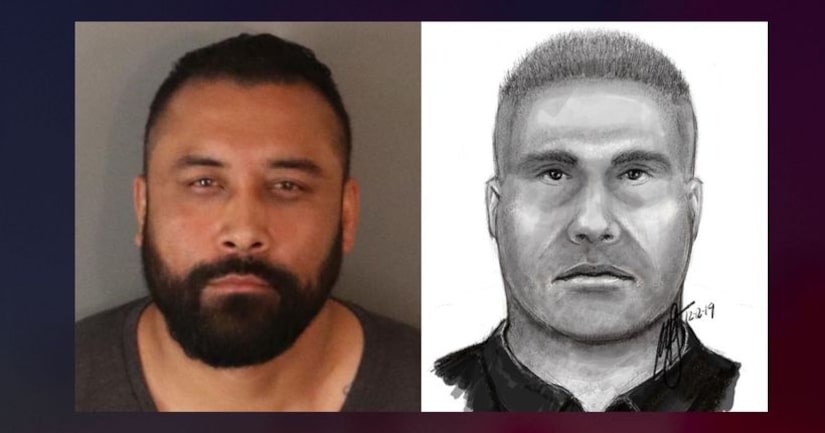 RIVERSIDE, Calif. (KTLA) -- DNA evidence led to an arrest in a case of a man breaking into a Riverside apartment and sexually assaulting a woman while she slept late last year, investigators said Thursday.

Jose Ivan Rodriguez, 43, of Moreno Valley, allegedly fled from the residence when his attack woke the woman, who alerted her boyfriend in bed next to her, the Riverside Police Department said in a news release.

The incident was reported as a residential burglary around 2:40 a.m. Dec. 11 on the 5800 block of Fair Isle Drive. It's unclear whether anything was taken.

Officers who responded and searched the area were unable to locate the perpetrator, but they did find evidence he left behind.

The victim also helped detectives draft a compositive sketch, which they released the following day in hope that the public could help identify the man.

In recent weeks, investigators say they obtained a DNA match tying Rodriguez to the scene.

Officials on Wednesday tracked Rodriguez to his residence on the 23400 block of Lambert Court and arrested him on suspicion of sexual battery and burglary. He was released later that same day on $35,000 bail, police said.