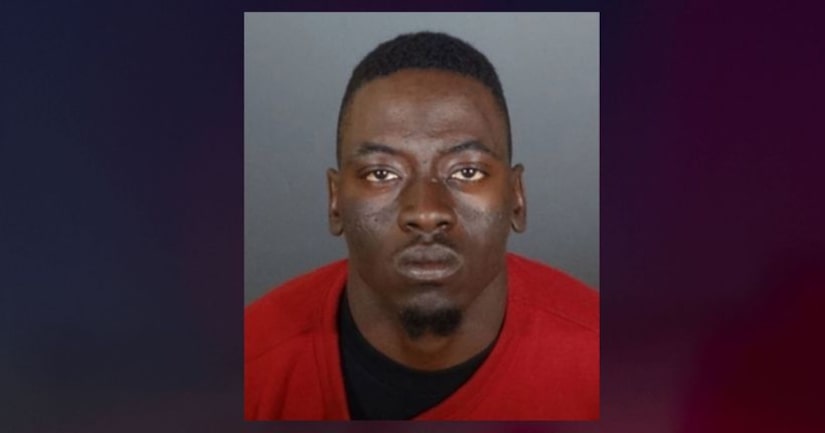 WHITTIER, Calif. (KTLA) -- A 25-year-old man has been arrested in connection with the shooting death of a clerk during a robbery at a 7-Eleven in Whittier last month, police announced Tuesday.

Kevin Hall of Apple Valley was taken into custody around 6 a.m. after search warrants were served at two location in Los Angeles County, according to a statement from the Whittier Police Department and jail records.

Personnel with the Bureau of Alcohol, Tobacco, Firearms and Explosives and the L.A. County Special Enforcement Bureau assisted police.

Hall was arrested on suspicion of homicide and on an outstanding warrant, the statement read.

He is suspected of fatally shooting a 7-Eleven employee during a robbery that happened shortly before dawn on Feb. 22, according to police.

The incident unfolded after a man armed with a semi-automatic handgun entered the convenience store, located at 8438 Santa Fe Springs Road, police said on the day of the incident.

He allegedly demanded money from the clerk and then shot him, even though the employee appeared to be cooperating with him, according to surveillance video.