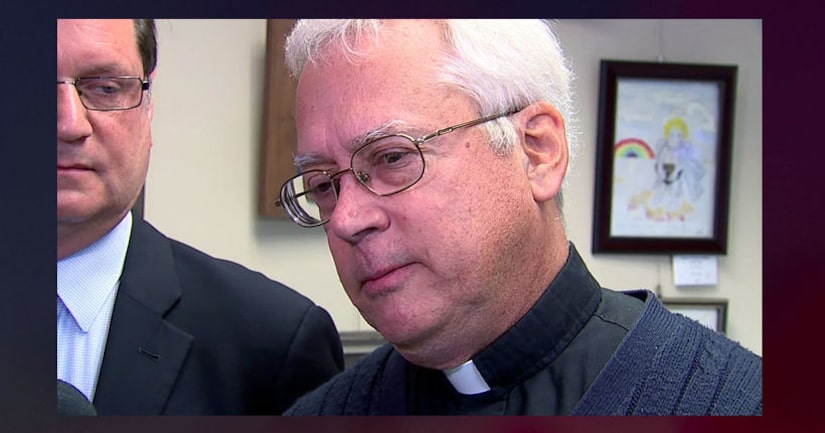 According to the criminal complaint, on Dec. 17, 2017, the alleged victim, who was 13 years old at the time, told authorities that while attending Reconciliation at Queen of Apostles, Father Hanel had inappropriate contact with her in a confessional. The girl told investigators that "she feels Fr. Hanel looks at her in a different way than the other girls...making her feel uncomfortable."

According to the criminal complaint, Hanel, 61, was confronted about the allegation of sexual contact with the 13-year-old girl. He denied having the contact and said "the only contact that ever occurs with children is when he lays his hands on their heads during the final prayer. Father Hanel indicated that he always performs the confession this way and that he never deviates from it." Hanel also stated to investigators, "If something like that would have happened, I would remember it, and I would not have done something like that accidentally, either. I just wouldn't do that. The sign of the cross is done a foot away from the person. There is no way that I would accidentally touch someone while I was doing that and I would never do that."

The Milwaukee Journal Sentinel reports Hanel was charged in September 2018 with second-degree sexual assault of a child.