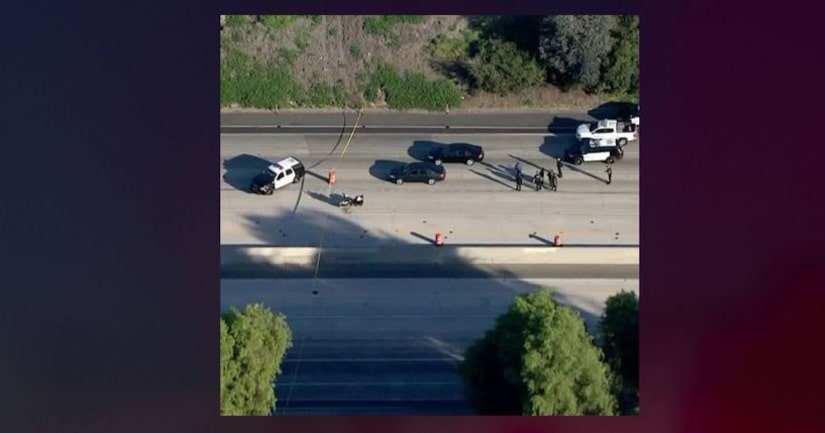 CHINO, Calif. (KTLA) -- The 60 Freeway in Chino was completely closed for more than two hours after a shooting involving police on Wednesday morning.

Officers had responded to the freeway at Central Avenue to reports of a man armed with a knife, according to a tweet from the Chino Police Department.

He did not comply with officers, leading to the shooting, police tweeted around 8:30 a.m.

The unidentified man suffered superficial injuries and was transported to a local hospital, according to police. His condition was not immediately known.

No officers were injured.

Police have not released any additional information about the incident.

All lanes of the freeway were initially closed at Pipeline Avenue around 6:18 a.m., according to the California Highway Patrol's incident log.

The eastbound lanes were reopened around 8:50 a.m. Police anticipated the westbound side of the freeway would be open again around 9:30 a.m.

CHP is assisting in the investigation.