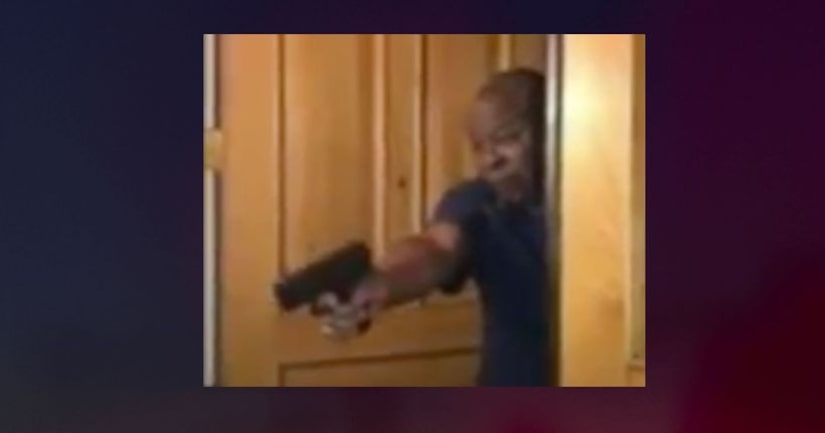 LOS ANGELES (KTLA) -- A Black Lives Matter activist said Los Angeles County District Attorney Jackie Lacey's husband brandished a gun at her as she, along with other protesters, rallied outside the couple's home in Granada Hills early Monday morning.

Melina Abdullah, one of the the most vocal Black Lives Matter organizers in Los Angeles, released video of the confrontation she said happened between her and Lacey's husband David at around 5:40 a.m.

The footage opens with a man holding up a firearm at his door saying: "Get off of my porch, right now. Get off."

A woman is heard responding: "Good morning. Are you going to shoot me?"

He then shuts door.

Abdullah was among about two dozen people holding up Black Lives Matter signs outside the residence, chanting their disapproval of Lacey.