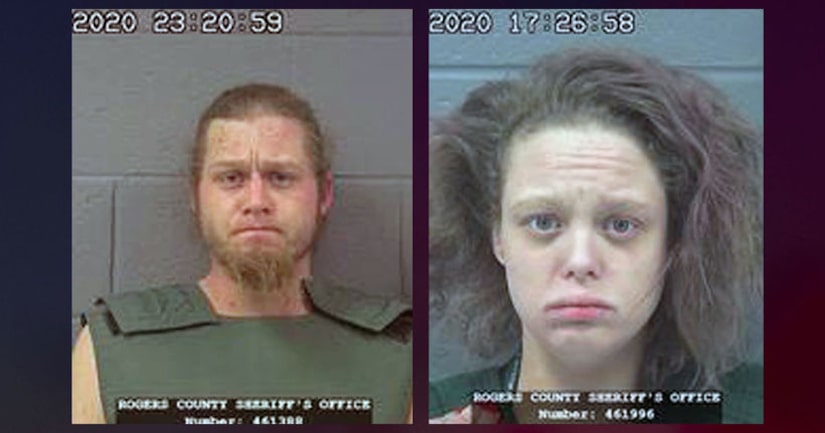 Wilson told investigators that Gustus Pennington had used a belt, a board, and a shock collar to abuse the child. Burn marks were visible on the child's neck from the shock collar prongs, KJRH reports.

Inside the home, deputies found a table that the child had been strapped to and a camera that was used to monitor her while she was locked in a bedroom. The child allegedly was told to hold a sign to the camera that read “I am a liar.”