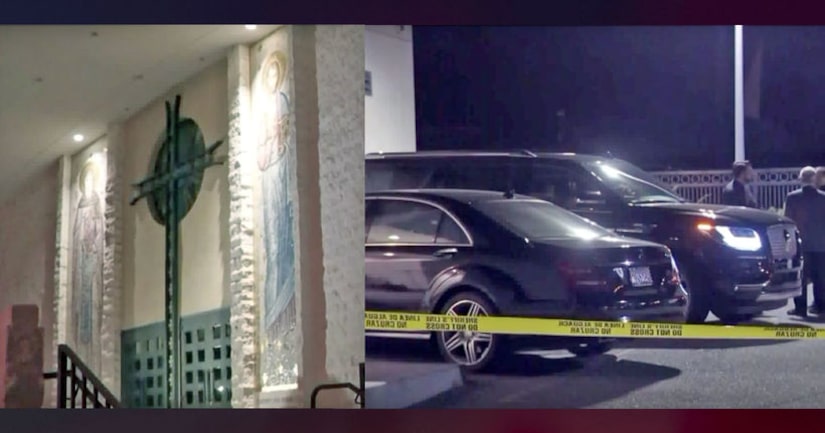 PASADENA, Calif. (KTLA) -- One person was taken into custody following a pursuit of a stolen hearse that ended in a crash on the 110 Freeway in South Los Angeles, prompting the closure of southbound lanes Thursday morning, authorities said.

The body that was inside the hearse when it was stolen from outside a church in the Pasadena area Wednesday was found in the back of the vehicle after it crashed the next morning, Los Angeles County Sheriff's Department Sgt. Benjamin Grubb told KTLA.

A good Samaritan noticed the black SUV, called police and started following it at about 7:35 a.m. in the area of Figueroa and 23rd streets, the Los Angeles Police Department said.

Officers responded and tried to stop the SUV, but the driver didn't yield and they started chasing the vehicle before it crashed on the 110 Freeway near the Vermont Square neighborhood.

A casket was visible in the back of the vehicle, video showed.

The black Lincoln Navigator was carrying a casket with a body inside when it was taken from Saint Anthony Greek Orthodox Church at 778 S. Rosemead Blvd. around 8 p.m. Wednesday.

There were initially two bodies in the vehicle when it arrived at the church, but the driver left the keys in the ignition while taking one inside. The driver came back out to get the other body and discovered that the Navigator was gone, officials said.

Authorities provided no further details on the person in custody and it's unknown whether anyone was injured in the collision or how many vehicles were involved.

MORE: Stolen hearse with body inside recovered after pursuit ends with crash on SB 110 Fwy in South L.A. - KTLA 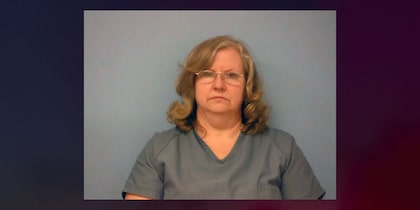 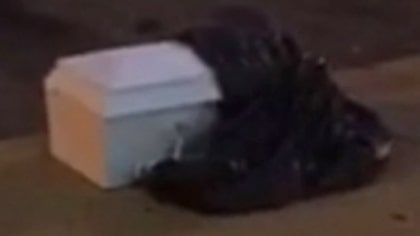 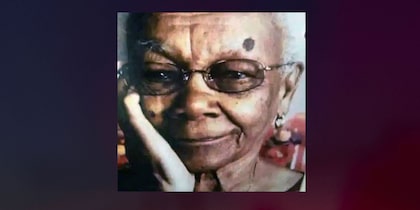 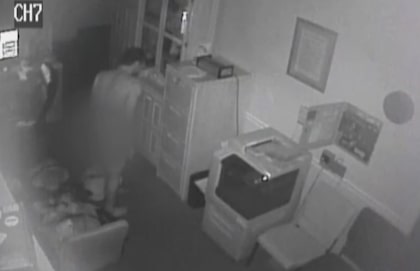 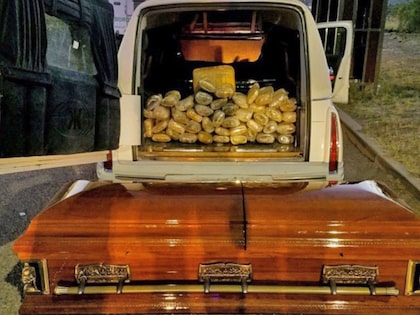