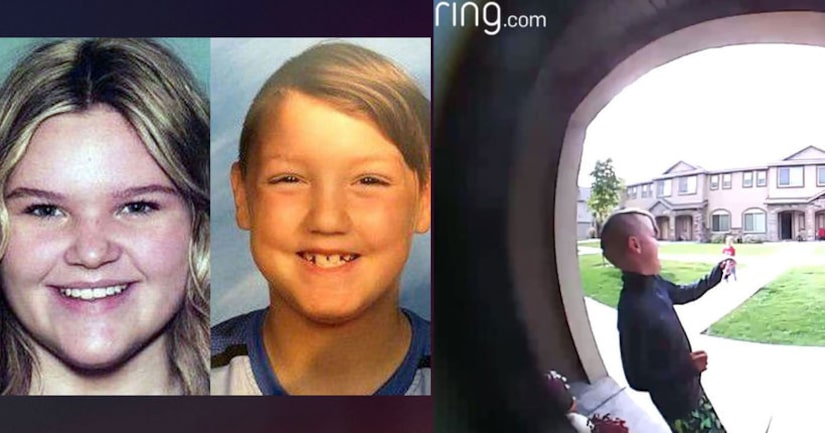 REXBURG, Idaho (KSTU) -- A doorbell camera video obtained by East Idaho News shows the last known footage of Joshua "JJ" Vallow, a 7-year-old who has been missing for months.

The video from a Ring doorbell belonging to a neighbor of the Vallow family in Rexburg shows JJ playing outside with another child on Sep. 17, 2019.

Several days later, he was pulled from school at Kennedy Elementary by his mother, Lori Vallow. Lori, JJ and Lori's 17-year-old Tylee Ryan had only moved in on Sep. 1 or 2, according to police.

Lori Vallow-Daybell's daughter Tylee Ryan, 17, and adopted son Joshua "J.J." Vallow, 7, have been missing since September 2019 out of Rexburg.

Rexburg Police said Lori has lied about where the children were staying, and has since refused to cooperate with police.

Kauai Police in Hawaii confirmed Lori Vallow-Daybell was arrested Thursday, Feb. 20, on a $5 million warrant from Idaho. She was charged with two felony counts of desertion and nonsupport of dependent children. She was also charged with resisting or obstructing officers, criminal solicitation to commit a crime, and contempt of court - willful disobedience of court process or order.