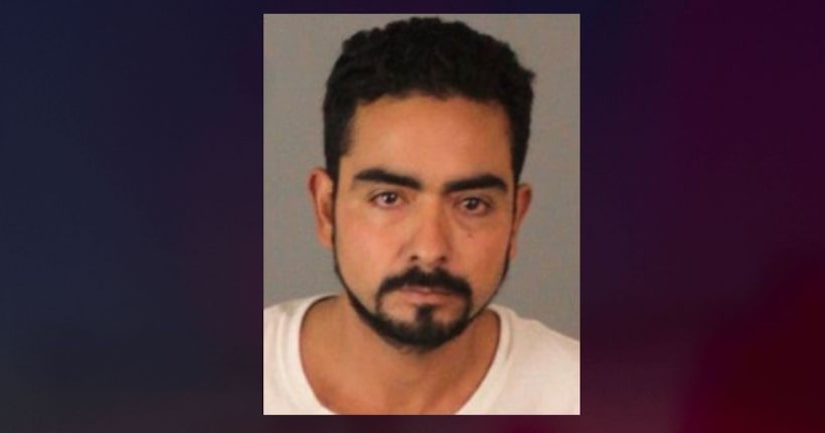 PERRIS, Calif. (KTLA) -- Investigators identified a suspect Thursday in the deaths of three men killed earlier this week at a cemetery in Perris.

“We obviously are considering him armed and extremely dangerous,” Bianco said, asking anyone who comes in contact with Garcia to immediately contact law enforcement.

Garcia has two additional outstanding misdemeanor warrants from other incidents: one for alleged DUI in Riverside County, and another involving drug allegations in San Mateo County, Bianco said.

The three victims — Perris residents Jaime Covarrubias Espindola, 50; Jose Maria Aguilar-Espejel, 38; and Rodrigo Aguilar-Espejel, 28 — were found dead around 10:20 a.m. Monday near a gravesite at the Perris Valley Cemetery. Detectives have yet to release information on what sort of injuries they suffered.

Surveillance cameras throughout the city captured the victims and Garcia visiting local restaurants the night before the men turned up dead, Bianco said. Detectives still have to dig deeper to determine how the men knew each other and the nature of their relationships.