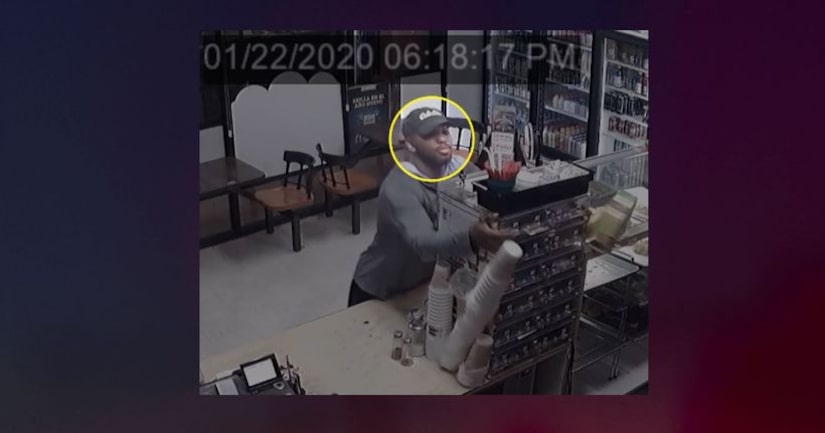 SAN DIMAS, Calif. (KTLA) -- Authorities renewed a call for help Wednesday in their attempt to identify a man who stole lottery ticket displays at two locations in the San Dimas area.

Surveillance video shows a man in a gray sweater and black hat approaching the counter of a smoke shop before grabbing a case of lottery scratchers and then running out the door.

About eight hours later, the same man enters a nearby doughnut shop and again grabs the lottery display before running away.

Both crimes occurred Jan. 22, but the Los Angeles County Sheriff's Department is again asking anyone who recognizes the man in the video to contact the San Dimas Sheriff's station at 909-450-2700.