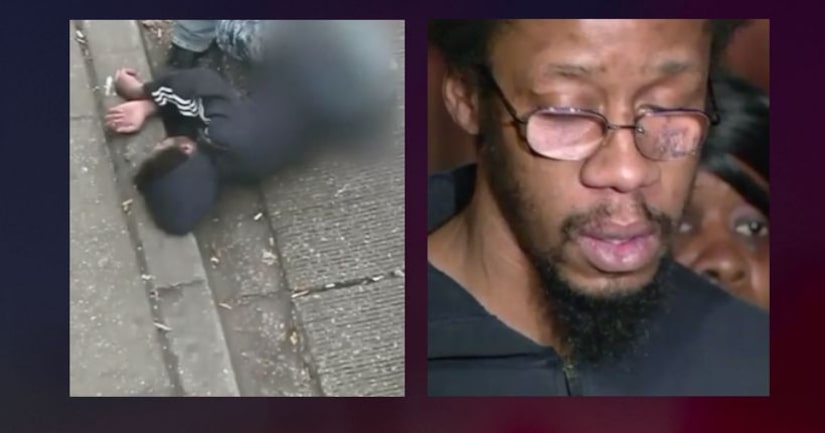 CHICAGO (WGN) -- A 29-year-old man who was knocked unconscious when a Chicago police officer body slammed him onto a street curb sued the city and the officer on Thursday, saying the officer should have known the maneuver was dangerous because he is trained in martial arts.

The officer detained Bernard Kersh at a South Side bus stop on Thanksgiving for drinking alcohol in public. During the arrest — which was videoed by a bystander and captured on a police body camera — the officer's actions left Kersh with serious head, neck and shoulder injuries, according to the 14-page filing in Cook County Circuit Court.

Prosecutors later filed aggravated battery and other charges against Kersh, accusing him of spitting into Officer Jerald Williams face. During a December hearing, prosecutors said “a substantial amount of spit” got in the officer's eye and some into his mouth.

The officer is a mixed martial arts fighter, known in fighting circles by the nickname “Bacon and Eggs” Williams, the lawsuit says.

"His body is a lethal weapon," Stroth said, referring to the officer's fight training.

The bystander video released by the Civilian Office of Police Accountability shows the officer suddenly lifting Kersh high off his feet, then slamming his body hard onto the pavement. The back of Kersh's head appears to strike the curb and he is immediately motionless.

The officer also threw a forearm strike to Kersh's head after he passed out, the lawsuit says.