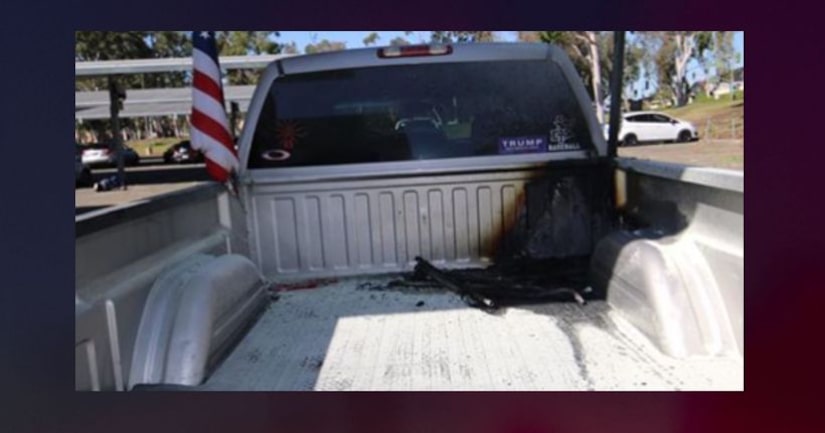 LAKE FOREST, Calif. (KTLA) -- A 29-year-old man admitted to arson and was arrested after American flags displayed on a pickup truck were burned at a high school parking lot in Lake Forest Thursday, officials said.

Witnesses told authorities that a man set fire to a pair of American flags that were mounted on a student's truck bed. Images shared by the Sheriff's Department show the truck also has a Trump bumper sticker affixed to its rear window.

When a deputy patrolling the area pulled the car over, 29-year-old Benjamin Bauch of Mission Viejo admitted to lighting the fire, authorities said.

Bauch was booked into Orange County Jail on suspicion of three counts of arson, two felony and one misdemeanor.