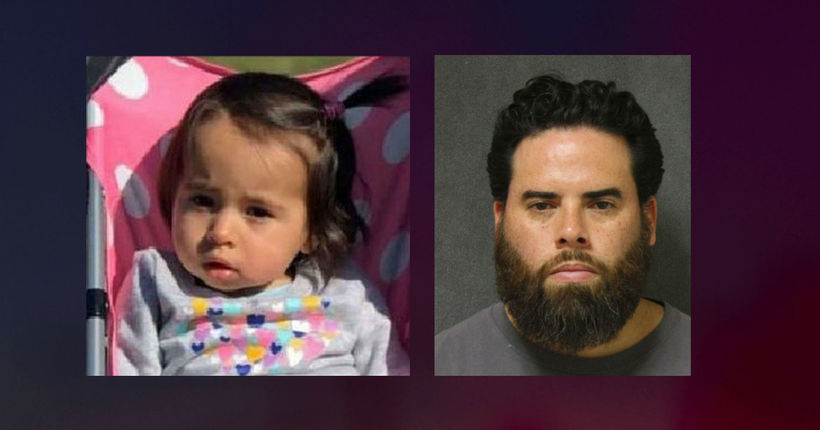 WTIC / Ansonia Police
Jose Morales has been charged with murder and tampering with evidence in connection with the homicide investigation into Christine Holloway, mother of missing 1-year-old Vanessa Morales.

ANSONIA, Conn. (WTIC) -- Police announced Friday afternoon that Jose Morales has been charged with murder and tampering with evidence. The charges come in connection with the homicide investigation into Christine Holloway, mother of missing 1-year-old Vanessa Morales. Jose Morales is Vanessa’s father.

One-year-old Vanessa Morales, Holloway’s daughter, has been missing since December 2. Holloway was found dead inside her home by police. The medical examiner said blunt force trauma was the cause of death. Ansonia Police still believe, based on evidence, Vanessa is somewhere in Connecticut.

Ansonia Police said they needed help locating a Graco car seat, perhaps with a teething ring. There was also an Eddie Bauer backpack-style diaper bag and a polka-dot comforter.

Several weeks ago, the FBI offered a $10,000 reward for information leading to the safe return of baby Vanessa Morales.

The FBI is offering a $10,000 reward to anyone who can provide information that…

Police have officially named Jose Morales, 43, a suspect in the killing of Christine…