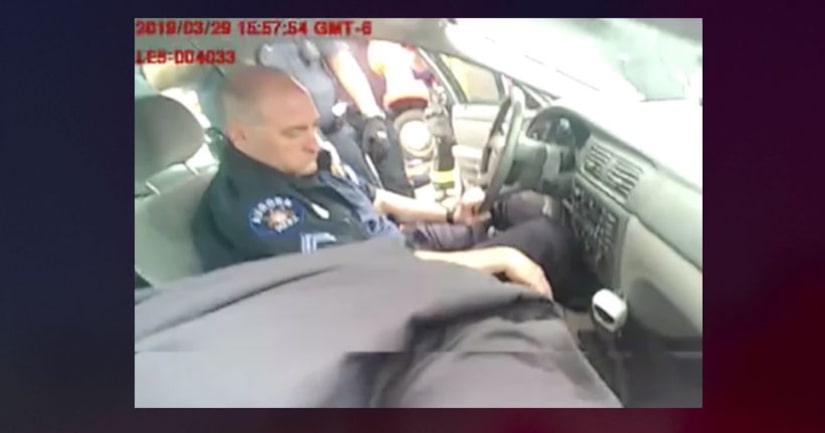 AURORA, Colo. (KDVR) -- The Aurora police officer found drunk and unconscious while armed and on-duty in his patrol car will not face criminal charges after a review by the 18th Judicial District Attorney's Office.

“I am incredibly frustrated with an agency that I put a great deal of trust in,” said DA George Brauchler.

“I think that they are an incredible law enforcement agency. I think it's embarrassing for the 99.9 percent of men and women there that they have to go through the community with this kind of thing hanging over their head,” he said.

Despite all of the public information known about the incident, including details of Meier having a blood alcohol level that was more than five times the legal limit and that he admitted to drinking vodka before getting behind the wheel, Brauchler said he would not be able to use much of that evidence at a trial.

According to Brauchler, law enforcement officers who are compelled to share incriminating information about themselves during the course of an internal affairs investigation are protected from having that same information used against them in a criminal proceeding under a ruling made in a case called Garrity v. New Jersey, 385 U.S. 493 (1966).

Brauchler said Aurora police officers on the scene also failed to tell him about the incident for nearly nine months, preventing him from obtaining Meier's blood samples in a timely manner.

“Should he be here in court facing these charges? Given the information we had, if we had gotten that blood alcohol level, we would have charged him,” said Brauchler.