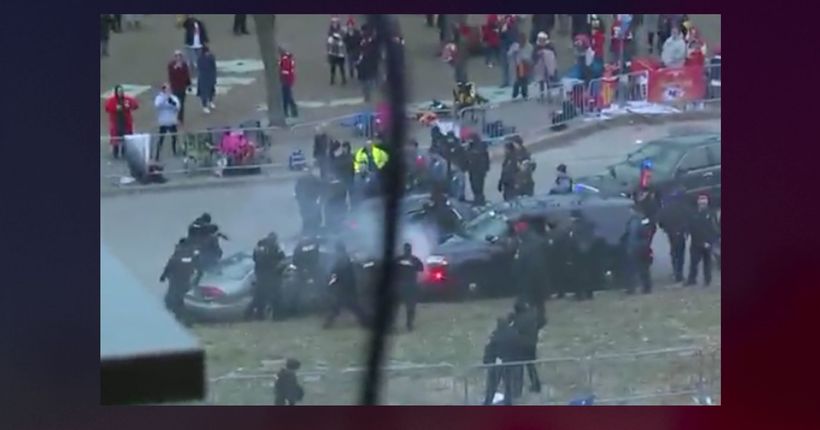 WDAF
The chase ended in a crash.

KANSAS CITY, Mo. (WDAF) -- Kansas City police arrested at least two people Wednesday morning after a police pursuit ended in a crash just on the edge of the parade crowd.

The incident happened around 8:20 a.m. at 20th and Pershing.

Police stopped the suspects with what they call a "PIT maneuver."