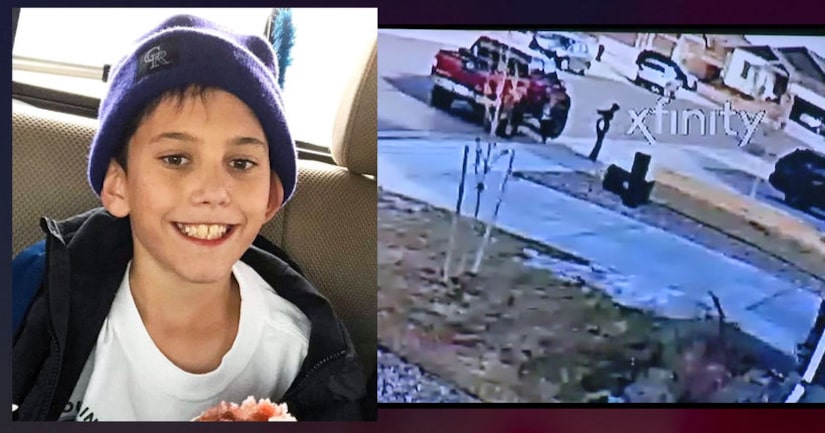 EL PASO COUNTY, Colo. (KDVR) -- Surveillance footage could provide important clues in the search for Gannon Stauch, an 11-year-old El Paso County boy who has been missing for more than a week.

FOX31 and Channel 2 were the first to obtain a copy of the video, which came from a surveillance camera at a home in the neighborhood where Stauch was last seen. After discussing the video with the El Paso County Sheriff's Office, FOX31 and Channel 2 have decided to share it.

Investigators will not comment specifically on what is seen in the video. A neighbor's security camera captured the footage. The footage is from Jan. 27.

Stauch's stepmother said that between 3:15 p.m. and 4 p.m. on that date, Stauch left their home in the in the 6000 block of Mandan Drive in Security, which is just southeast of Colorado Springs.

On Monday, investigators were seen removing evidence from the house.

The neighbor says the video shows Stauch and his stepmother leaving the home in a pickup truck about 10:13 a.m. on Jan. 27. Video shows the truck returning at 2:19 p.m. However, Stauch is not seen.

Stauch is 4 feet 9 inches tall and weighs about 90 pounds. He has brown hair and brown eyes. He was last seen wearing a blue hooded jacket, jeans and tennis shoes. Anyone with information should contact the sheriff's office's Investigations Tip Line at (719) 520-6666 or call 911, if appropriate.