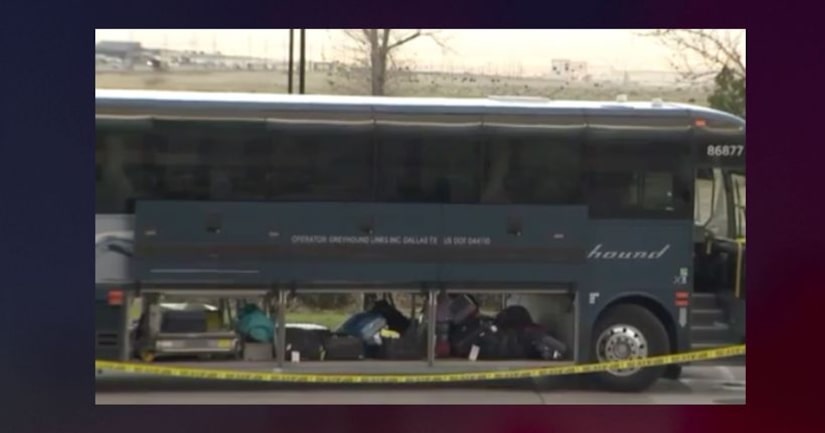 FORT TEJON, Calif. (KTLA) -- One person was killed and five others were wounded Monday morning when a gunman opened fire aboard a Greyhound bus that was headed to the Bay Area from Los Angeles before passengers disarmed him, authorities said.

Authorities received a 911 call from someone aboard the bus just before 1:30 a.m. reporting that a person with a handgun was firing at passengers as the bus was traveling in the Fort Tejon area, California Highway Patrol Sgt. Brian Pennings said.

The packed bus was heading north on the 5 Freeway with 43 people on board, including two children aged 6 and 8 years old, when the gunfire erupted, according to the sergeant.

Passengers on the bus disarmed the gunman as the driver quickly pulled over on the right shoulder and the passengers got him off the bus, Pennings said.

"Due to some very heroic acts by the passengers, they were able to overcome this subject and disarm him," Pennings said.

The shooter was left on the freeway and the bus continued to the next off-ramp, pulling into a Valero gas station on Grapevine Road. There, the passengers administered first aid to the shooting victims while waiting for emergency crews to arrive.