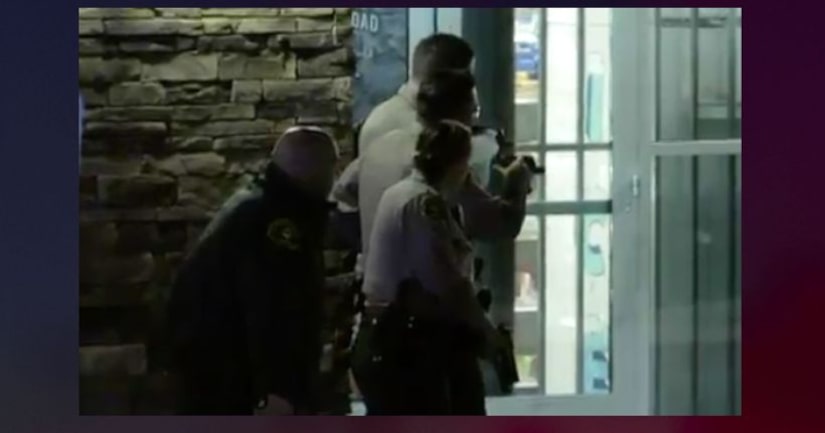 The shootout unfolded about 8:20 p.m. at a store in the 19900 block of Golden Valley Road, just east of Sierra Highway, according to Deputy Tracey Koerner of the Los Angeles County Sheriff's Department Information Bureau.

A man entered the store and tried to rob it, offiicals said.

"There was an exchange of gunfire between the suspect and the victim/store owner," Koerner said in a written statement.

Both the robber and the store owner were struck, he said.

Video footage from the scene showed deputies approaching with guns drawn as the store owner is seen crawling out of the business with apparent leg wounds.

"(He) was transported to a local hospital with a non-life threatening injury to his lower torso," Koerner said.

Paramedics pronounced the suspect dead at the scene.

No additional suspects were being sought, officials said.