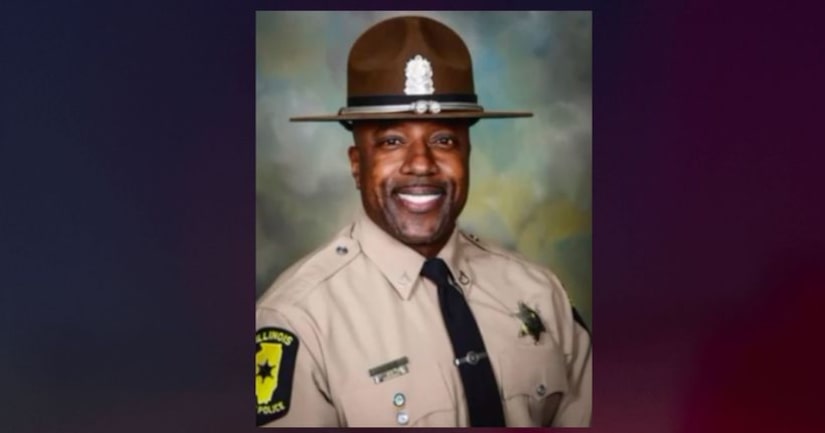 LISLE, Ill. (WGN) -- After an apparently unprovoked shooting inside a Lisle cigar lounge left a former Illinois State Trooper dead and two other law enforcement officials injured Friday, investigators are still searching for a motive in the case.

Lisle police responded to a call of a shooting at Humidor Cigar Lounge on the 1600 block of Odgen Avenue just after 10 p.m. Friday. When officers arrived, they found the 51-year-old woman, identified as Lisa McMullan, dead and three men injured.

One of the men, identified as 51-year-old Gregory Rieves, died at the hospital. He was a retired state trooper who worked on the force for 25 years.

Police said surveillance video shows a group of people watching a big screen TV inside a media room at the bar. The woman, who was sitting behind the group stands up, pulls out a gun and shoots the 51-year-old trooper in the head. She then shoots the other two men before fatally shooting herself in the head.

Mourners offered prayers for Rieves' family during a vigil at the Humidor Cigar Lounge Sunday. Nearly two dozen gathered, and flowers were placed beneath a sign that read “may you rest in peace, Greg.” Friends exchanged hugs and held hands, as they tried to grasp what happened.