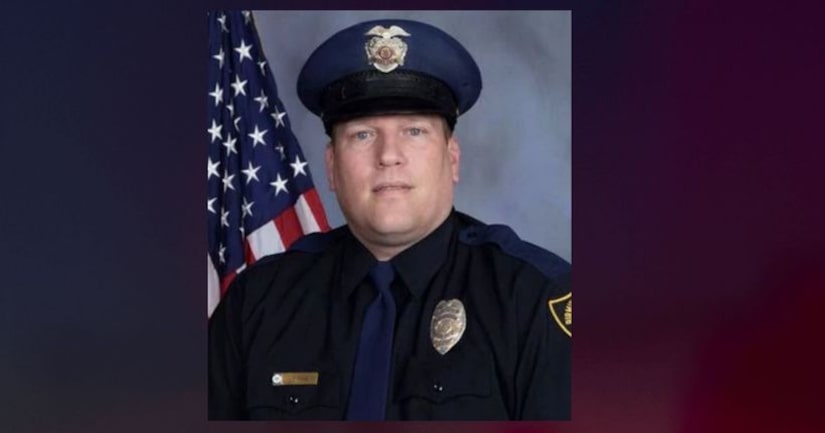 BIRMINGHAM, Ala. (WHNT) -- The Latest on the police-officer involved shooting Sunday morning:

“This tragedy is a heartbreaking reminder of the dangers all law enforcement face. While they keep us safe. While they do the job. Our thoughts and prayers are with Detective Finke, his family, and all of Birmingham PD. We should never forget that the line of duty is endowed by sacrifice, selflessness, and courage.”

In addition, Mayor Randall Woodfin has sent a heartfelt message to Detective Finke and his family.

The Church of the Highlands made a post with thoughts and prayers for Detective Finke.

The Birmingham City Council released a statement offering thoughts and prayers of comfort to the loved ones of Detective John Finke of the Birmingham Police Department.

“The Birmingham City Council stands with the law-abiding citizens, family, and the entire Birmingham Police Department, and will work cooperatively to combat this senseless violence,” President William Parker said. “We are praying for Detective Finke's full recovery.”

“The Birmingham City Council stands with the law-abiding citizens, family, and the entire Birmingham Police Department, and will work cooperatively to combat this senseless violence,” Parker said. “We are praying for Detective Finke's full recovery.”

Finke has been with the department since 2005. He was working security, Sunday, at the Church of the Highlands campus in Woodlawn.

“I am lifting the officer in prayer for comfort and strength,” Council President Pro Tem Wardine Alexander said. “I am also supporting the Mayor and Police Chief in their efforts to rid our streets of illegal weapons and find sustainable solutions to minimize the violence in our City.”

“Our thoughts and prayers are with the officer's family during this trying time, as well as all of the men and women of the Birmingham Police Department who get up every day and put their lives on the line to make the City a safer place,” said Public Safety Chair Hunter Williams. For a soundbite from Councilor Williams, see the verbatim and link below.

“On behalf of the leadership of all of the City of Birmingham, especially the Birmingham City Council and the Public Safety Committee, our thoughts and prayers are with the family of Detective Finke, as well as all of the men and women of the Birmingham Police Department. What happened today just exemplifies the real-life threats that the men and women of Birmingham Police put their lives on the line every single day to protect our citizens–those that work, live, and travel throughout the City of Birmingham,” Councilor Hunter Williams, Public Safety Committee Chair, said.

Police say the robbers involved in the shooting are a 16-year-old boy and 25-year-old man. Police believe the shooter in the case is the teen.

The Birmingham Police officer John Finke remains in intensive care at the hospital.