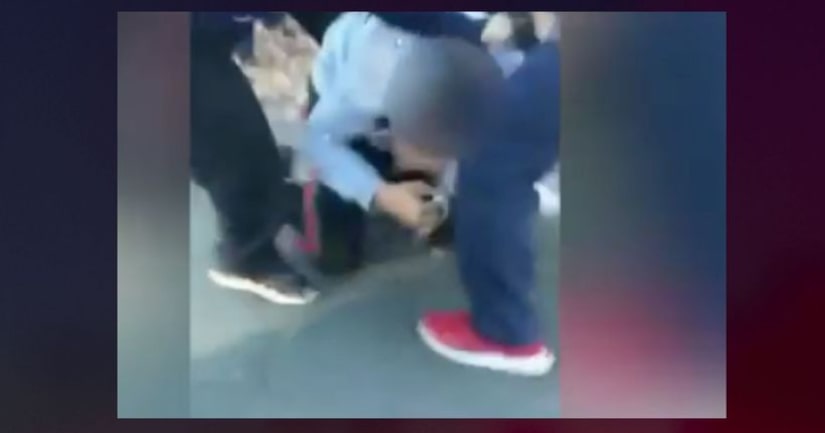 LAKE BALBOA, Calif. (KTLA) -- Two people were hospitalized with stab wounds, and one of them was in custody, after a brawl outside a middle school in Lake Balboa Thursday afternoon, authorities said.

The incident was reported shortly after 3:10 p.m. in the 17100 block of Vanowen Street, said Officer Tony Im with the Los Angeles Police Department.

A fight broke out in front of Mulholland Middle School after classes were done for the day, officials said.

Cellphone video shows a person holding a sharp object and yelling at a crowd of students, with the campus visible in the background. Then, a struggle broke out between several young people.

Mark Guerra, who witnessed the fight, said “one kid had two scissors in his hands” and used them to cut another minor.

L.A. school police said they received conflicting reports from multiple students, but ultimately determined that a boy seen with a sharp object was the aggressor.