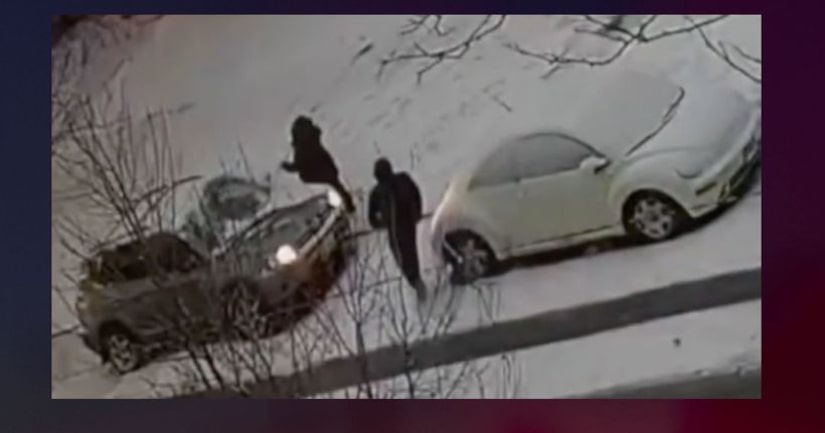 CHICAGO (WGN) -- Two men tried to take down a robber who attacked and robbed a woman in Belmont-Cragin while she was cleaning snow off her car.

Security footage shows a 48-year-old woman cleaning the snow off her car Thursday morning on the 3000 block of North Keating Avenue around 7a.m. The video shows her being approached by the offender from behind. The offender then throws her to the ground and snatches some of her belongings before fleeing the scene.

A neighbor, identified as William Claudio, said he heard a desperate scream for help, looked out the window and saw the offender running up the street. He said his instincts kicked in and he tried to catch up with him on foot.

"I chased him all the way to Wellington and Cicero," he said. "I punched him a few times. He fell. I slid to the side. I couldn't take the coldness in my feet because I was barefoot."

However, as that was happening, his cousin Michael Torres was following close behind and joined the scuffle.

"I actually get a hold of him on Cicero and he pulls out a big knife on me and we start tussling," Torres said. "I throw him on the floor and take the knife away."

The suspect then ran away. Michael and William did recover their neighbor's purse but her pocketbook was already taken from inside it.

MORE: Two men try to take down man who robbed woman while she was cleaning snow off her car - WGN