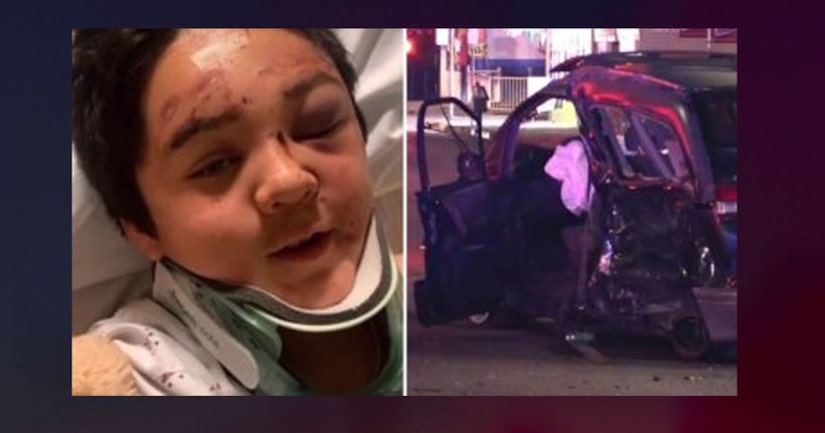 EL MONTE, Calif. (KTLA) -- A 12-year-old boy was recovering at a hospital in stable condition Monday after being thrown out of his family car during a hit-and-run crash in El Monte over the weekend, authorities said.

The child, identified by family members as Victor Magaña, was critically injured when a Toyota Sienna and a Chevy Suburban collided about 9:30 p.m. Saturday at Garvey and Lexington avenues, the El Monte Police Department said.

Surveillance video from a nearby business shows one car hitting another that then spins out of control before apparently hitting a curb.

The driver of the Chevy got out of the car and ran away, police said. No description was available and police were still searching for the person Monday.

MORE: 12-year-old in stable condition after being thrown out of car in El Monte hit-and-run crash - KTLA 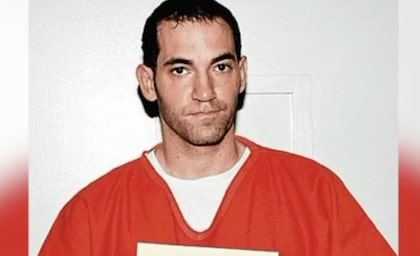 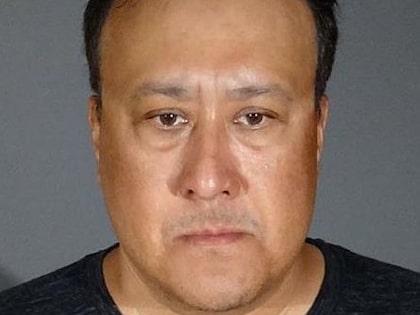