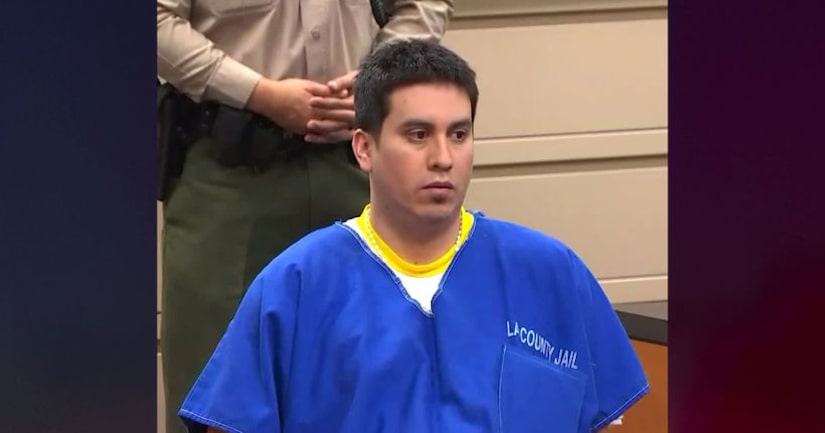 LOS ANGELES (KTLA) -- A man who fatally stabbed his supervisor in the back at a La Puente pizza restaurant nearly two years ago was this week sentenced to 26 years to life in state prison.

Rafael Sanchez of Baldwin Park, who was 32 at the time of the attack, snuck up behind his supervisor, 21-year-old Daniel Anthony Sanchez, and stabbed him in the neck and back, officials said. The two are not related.

The stabbing occurred just after the defendant was told "to do his work," the Los Angeles County District Attorney's Office announced Thursday. The attack occurred on March 10, 2018 at a Domino's Pizza on the 1000 block of Hacienda Boulevard, sheriff's officials said.

After the sentencing, the victim's family announced that they had just filed a lawsuit against Domino's Pizza and the owner of the franchise, M. Lehmann Enterprises.

The suit alleges that Rafael Sanchez had problems while working at another Domino's location and, as a result, was transferred to the La Puente location where the attack occurred, according to Michael Carrillo, the family's attorney.

The civil complaint alleges that Rafael Sanchez had sexually harassed a coworker — who filed an incident report — but he was never reprimanded or disciplined. It also alleges that the general manager of the franchise was aware that Sanchez aggressively harassed, threatened and stalked other employees.

A jury on Nov. 19 found Rafael Sanchez guilty of one count of first-degree murder and found true an allegation that he used a knife to kill his supervisor.