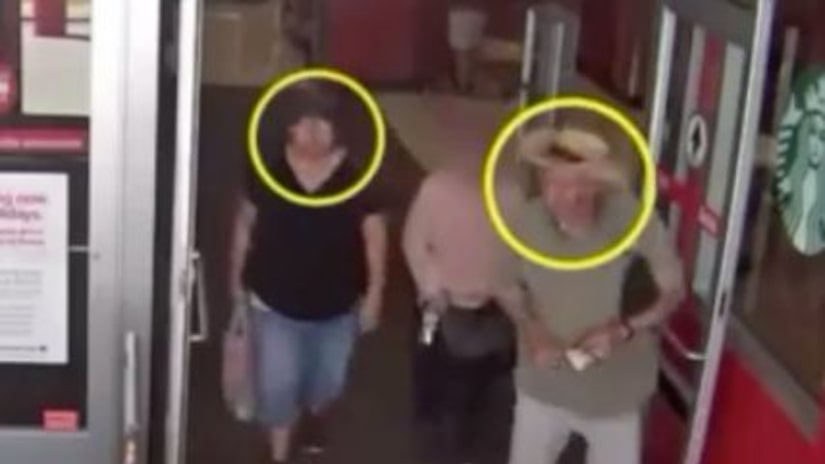 LOS ANGELES (KTLA) -- Detectives are seeking a man and woman who they say fleeced an 80-year-old woman out of $4,000 by persuading her to buy a fake gold brick after meeting her at a Norwalk Target store several months ago, authorities said Wednesday.

The crime took place on the afternoon of Oct. 10, after the scammers approached the victim inside the store along Firestone Boulevard, just west of the 605 Freeway, Los Angeles County Sheriff's Department officials said.

"The fraudsters had convinced the 80 year-old lady to buy the 'gold brick' by offering it to her at half the 'gold brick's' value," Deputy Juanita Navarro-Suarez of the Sheriff's Information Bureau said in a written statement. "Additionally, the suspects claimed the 'gold brick' was real and that they could not sell it because of their illegal immigration status."

Officials said the victim then drove to her bank with the con artists, where she withdrew $4,000 and handed it over to them. The victim later realized the gold bar was phony.

Investigators described the female suspect as a Latina woman in her 40s, about 5 feet tall and about 210 pounds. She wore a black shirt, blue jeans, a dark bandana on her head and sunglasses.

He male accomplice was a Latino man of about 60 years old, about 5 feet 11 inches tall and 180 pounds.

He wore a light green shirt, tan pants and a straw hat.

MORE: Man and woman sought after conning 80-year-old woman out of $4K in gold-bar scam - KTLA