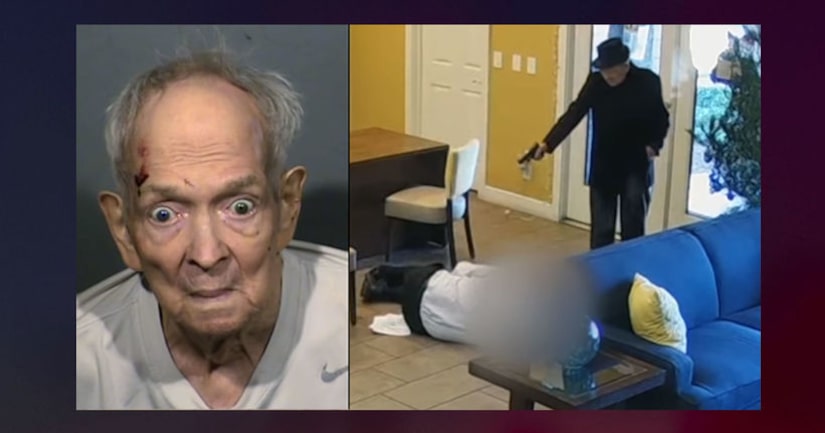 LAS VEGAS (KFSM/KHOU) -- A 93-year-old Las Vegas man is facing charges after police said he shot his apartment manager in both legs during an argument last week.

Robert Thomas is accused of shooting an apartment manager at the Vista Del Valle Apartments on Thursday morning, Jan. 2.

Police said Thomas entered the apartment office around 9:10 a.m. Thursday. He made several verbal threats and pulled out the 9mm handgun. Police said the argument was over water damage and flooding inside Thomas' apartment.

On surveillance video, Thomas is seen firing the first shot across the office. Police said the first shot was fired around 9:13 p.m. The bullet hit a wall and went through a computer screen, but no one was struck.

When police arrived, one officer fired a single shot through a glass door. The bullet went through Thomas's jacket but didn't hit him. Thomas was then taken into custody.

The victim was treated for non-life-threatening injuries.