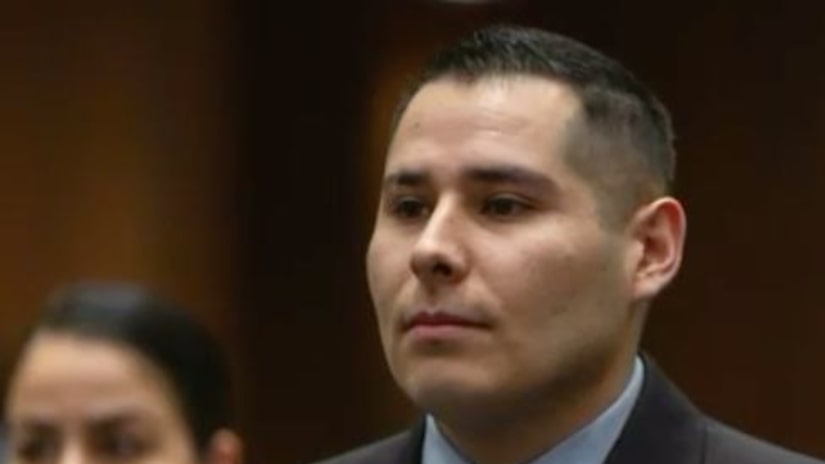 LOS ANGELES (KTLA) -- A Los Angeles Police Department officer accused of fondling a corpse during a death investigation entered a not guilty plea during his arraignment Monday, officials said.

David Rene Rojas, 27, has been charged with a count of having sexual contact with human remains, according to the Los Angeles County District Attorney's Office.

He faces up to three years in prison if convicted.

Rojas, a 4-year veteran of the department, allegedly touched the breasts of a dead woman while investigating her overdose on Oct. 20, 2019, authorities said. He was alone with the corpse at the time.

The purported incident was uncovered during a random inspection of body-worn camera a month later, LAPD officials said.

Rojas had apparently disabled the bodycam, but the alleged incident was caught in the two-minute buffer, according to the Los Angeles Times.

The allegation "disgusted" LAPD Chief Michel Moore, who in early December told KTLA, "We are going to aggressively pursue any criminal violation."