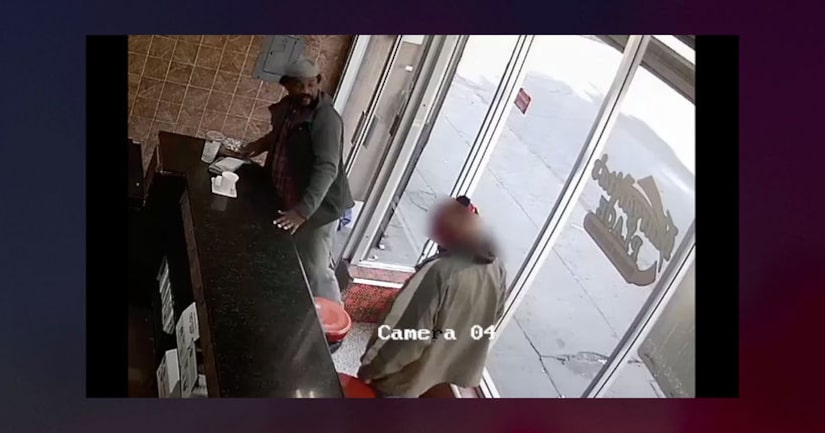 LOS ANGELES (KTLA) -- A tipster led police to a homeless man Friday who was sought in the deadly stabbing of another man during an argument at a Skid Row restaurant on New Year's Day, authorities said.

Devan Cleff Lampkin, 49, who lives at a local homeless shelter, was booked on suspicion of murder following his 4 p.m. arrest in downtown Los Angeles, according to Los Angeles Police Department officials and L.A. County booking records.

“A vigilant citizen, who had learned of the homicide from a Crime Alert that was distributed through the use of social and mainstream media and by Central Division officers, observed Lampkin inside the downtown Central Library,” the LAPD said in a written statement.

Officers quickly responded to the scene and took Lampkin into custody without a struggle, officials said.

Surveillance video from the restaurant shows the two men exchanging words before the assailant produces a knife and repeatedly stabs the victim. The killer watched as the victim collapsed, then gathered his belongings and walked away, the video shows.