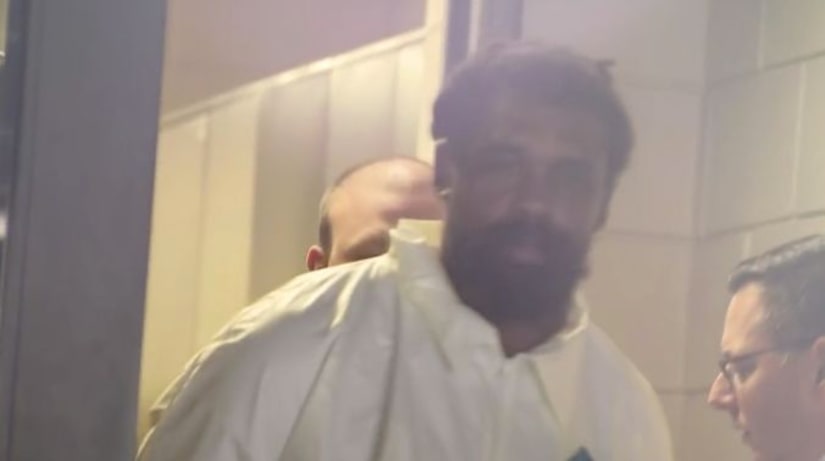 MONSEY, N.Y. -- (KTLA) -- The suspect in a string of stabbings during a Hanukkah celebration at a rabbi's Monsey, New York, home was found with “blood all over him,” a law enforcement source with direct knowledge of the case told CNN on Sunday.

Grafton Thomas was driving a Nissan Sentra across the George Washington Bridge into New York City when his car's tag was captured by a license plate reader at about 11:45 p.m. Saturday, authorities said.

Ramapo officers picked him up and transported him upstate, the spokeswoman said. Monsey is a hamlet within Ramapo.

Thomas, who is from Greenwood Lake, about a 40-minute drive northwest of Monsey, was arraigned Sunday on five counts of attempted murder and one count of first-degree burglary, Ramapo Police Chief Brad Weidel told reporters.

Wearing a white jumpsuit, Thomas was led into the courtroom in handcuffs. He kept his eyes on the floor and said nothing audible during the proceeding, speaking only to his attorney. A group of Orthodox Jews watched the hearing from the gallery.

Thomas entered a not guilty plea. His next court appearance is Friday.

FULL STORY: Suspect in Hanukkah celebration stabbings arrested in NYC with 'blood all over him,' source says - KTLA